Nichols Bros. Boat Builders, Inc. of Whidbey' Island, Wash., recently announced that a $4- million waterjet-powered "wave piercer"—an advanced technology vessel described as a cross between a catamaran and a hydrofoil—will be in service between San Diego and Catalina Island beginning next spring.

The "Wave Piercer' will be the 10th vessel designed by International Catamaran, Ltd., Australia, to be built under license in Nichols Brothers Boat Builders, yard. The 121.5-foot vessel will have a top speed of 32 knots with 300 passengers aboard.

Unlike a traditional catamaran, in which passenger cabins are mounted directly to two hulls, the Wave Piercer suspends the superstructure on angled struts attached to widely spaced, long, narrow hulls that "slip" rather than pound through waves. Each hull contains a high-speed diesel, generator, and fuel tank. 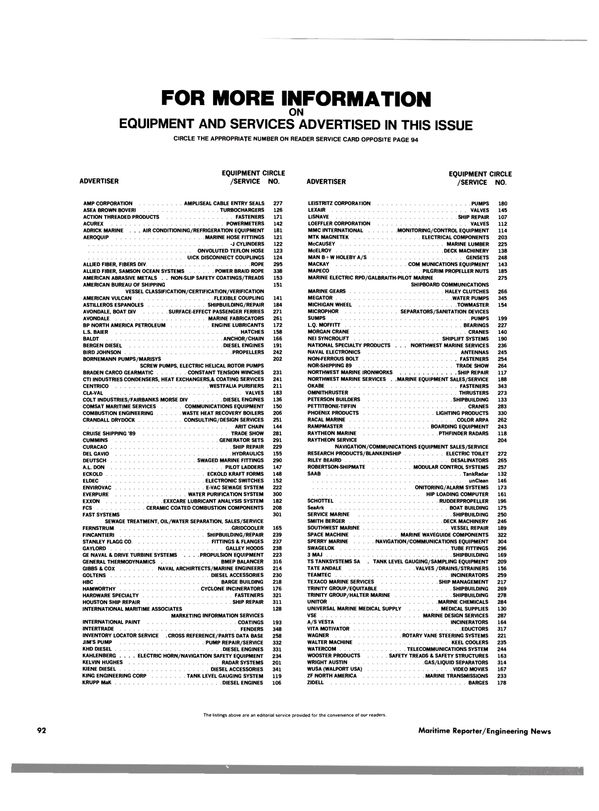