Mr. Phillips is a graduate of Virginia Polytechnic Institute and the Harvard University Advanced Management Program.

In increasing Mr. Phillips's responsibilities, Mr. Campbell said, "Pat Phillips is one of the most experienced shipbuilders in the nation.

He knows Newport News Shipbuilding, its people and its operations like the back of his hand. He will be responsible for ensuring that the 15 ships we now have under contract and those we will have in the future are constructed on schedule and with the kind of quality for which our shipyard is famous." William P. Fricks, vice president- human resources, who joined Newport News Shipbuilding in 1966 after graduation from Auburn University, will be promoted to senior vice president.

Mr. Fricks will retain responsibilities for human resources, but will also be responsible for materials management, quality, facilities engineering, and industrial engineering.

Mr. Fricks holds a master of business administration degree from the College of William and Mary and is a graduate of the Harvard University Advanced Management Program.

The third senior management move announced was the promotion of James A. Palmer Jr., director of engineering to vice president of engineering reporting directly to Mr. Campbell.

Mr. Palmer will be responsible for engineering relating to research and development, and new ship classes, including the Navy's new Seawolf Class attack submarines.

He will also oversee all of the shipyard's engineering branch offices and the integrated logistics support work at the shipyard.

Mr. Palmer is a 1958 graduate of the U.S. Naval Academy and holds a masters degree in naval architecture from the Massachusetts Institute of Technology. Mr. Palmer joined the shipyard in 1984 as director of engineering administration after 29 years of government service, nine years of which were spent as the Naval Reactors representative at Newport News Shipbuilding. He was promoted to director of engineering at the yard in September 1986. He also is a graduate of the Harvard University Advanced Management Program.

In announcing the restructuring, Mr. Campbell emphasized that these moves are designed to address the most important objectives of the shipyard and that further personnel announcements will be made in the near future. 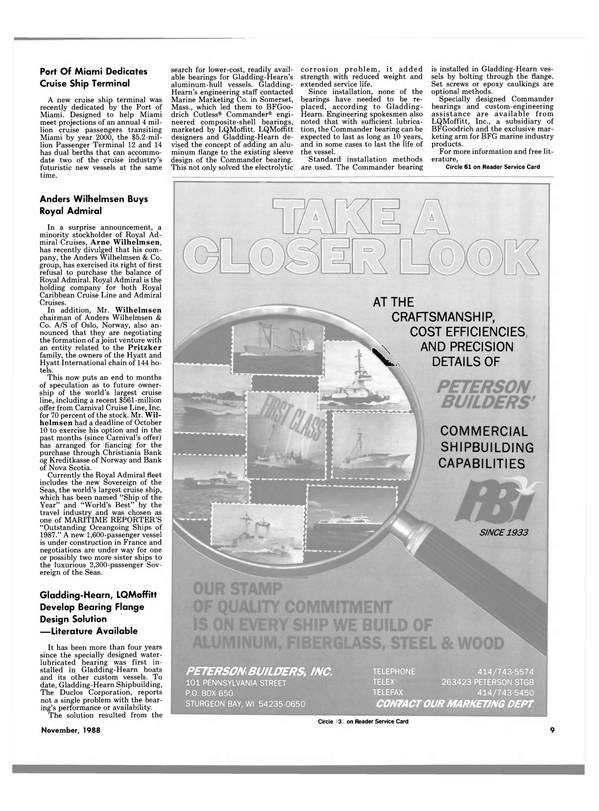