—Literature Available In recent weeks the largest engine in the MAN B&W's four-stroke engine program, the L 58/64, has achieved remarkable sales success, even in Japan.

The shipping company Nippon Yusen Kaisha has placed an order with Mitsubishi Heavy Industries (MHI) shipyard in Nagasaki for the construction of a 49,000-ton cruise liner. The 787.5-foot-long vessel has a diesel-electric propulsion system with four 8L 58/64 diesel engines (aggregate output, 47,000 hp). They give the cruise liner a service speed of 23 knots. The engines will be built under license by MHI.

The MHI shipyards in Kobe and Shimonoseki have also each received an order for a ferry from the Japanese shipping companies Higashi Nihon Ferry Co., and Taiheiyo Ferry Co. Both ships are to be copies of ferries already in service.

The sister ships now ordered will also each be propelled by two MHIMAN B&W diesel engines.

The engine models concerned are the 40/45, 40/54, 52/55, and the 58/ 64, covering the power range between 5,000 and 19,000 hp. Their reliability and the resultant increase in aggregate efficiency were decisive factors contributing toward their extraordinary success with Japanese ferry owners.

With the latest orders, fifty-two L 58/64 engines, developing a total of 680,000 hp, have now been sold and are in operation in ferries, cruise liners, passenger vessels, containerships and bulkcarriers as well as in large diesel power stations. 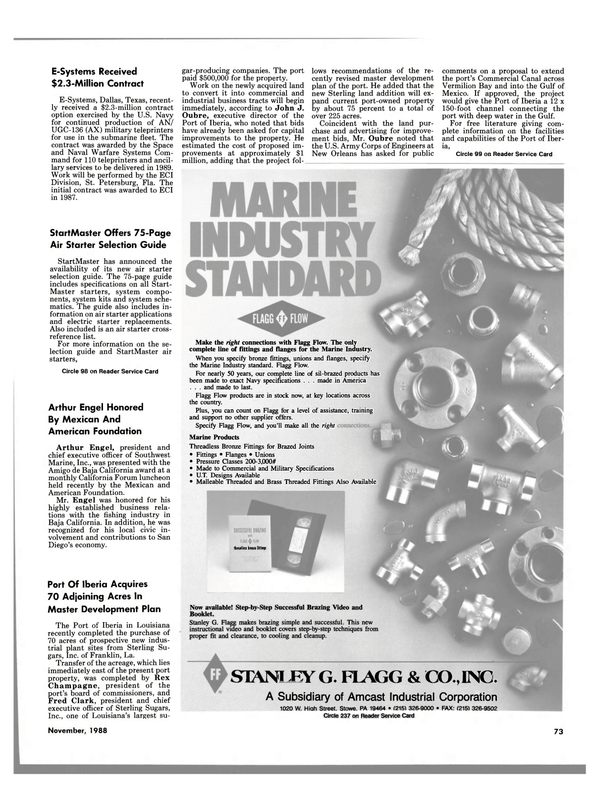