Yngvil Asheim has been named fleet manager in HFS responsible for the management of Leif Hoegh & Co and HUAL's car carrier fleet, starting January 1. 2004. She came to HFS from DNV in 2002, where she was manager of DNV's Machinery Ship in Operation division. Asheim has a degree (Master of Science) in mechanical engineering from the Norwegian Institute of Technology. NTH (NTNU) and has further education from management programs under DNV's direction and from IMD in Switzerland. She started as a trainee at DNV in 1993.

HFS is a management company responsible for the technical management and crewing of vessels owned by Leif Hoegh & Co. (LHC), comprising 22 car carriers, four LNG carriers. 10 specialized open hatch carriers and two large bulk carriers. Asheim will succeed Johannes Tvedte who has been President of HFS since 1990. Tvedte was appointed to this position when HFS was established as a separate company in 1995. He will continue to work for LHC with newbuilding projects.

In addition, Sebj0rn Dahl (40) is appointed Executive Vice President and will continue to be responsible for Crewing. 0 i s t e in Dahl (42) is appointed fleet manager for the LNG carriers from November 1. 2003. 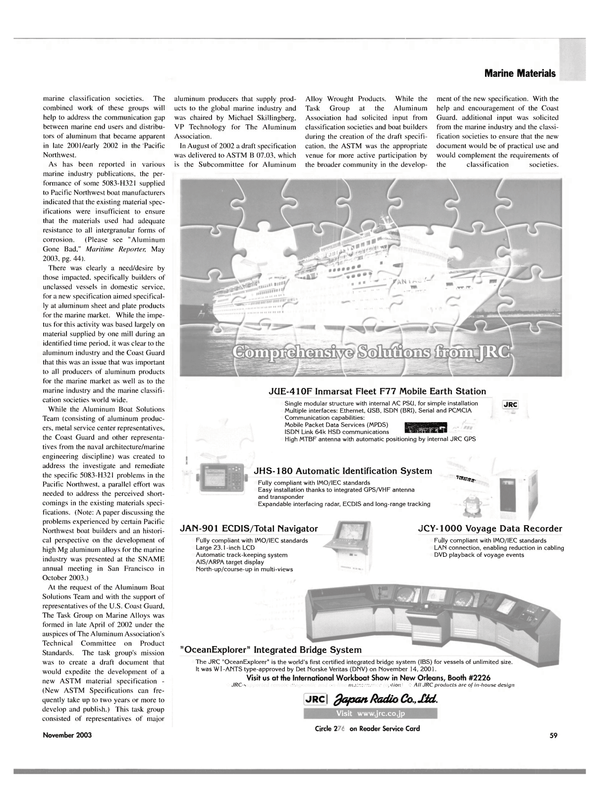