Rickmers Singapore, one of nine new Superflex Heavy Multi-Purpose Container (MPC) vessels being built in China for Rickmers-Linie, Hamburg, was christened in its namesake city. Rickmers Singapore is employed on Rickmers1 Round-The- World Pearl String Service having been delivered to the company in March 2003.

The ship has since proven its reliability and is now performing its second circumnavigation.

On its christening call, the vessel discharged among other cargo 12 modules, each of which had a unit weight between 130 and 145 tons. Karin Ganger, wife of Ulf Ganger, former Director of the Hamburgische Landesbank (now HSH Nordbank), acted as the vessel's godmother.

Subsequent to the ceremony, guests hopped aboard for a closer look at the latest technology in ship design and, in particular, heavy cargo handling equipment. Rickmers Singapore and sisterships boast adjustable tweendecks, a heavy-lift capacity of up to 640 tons and dehumidifying devices in all holds. All told, Rickmers-Linie ordered nine vessels, of which the seventh — Rickmers New Orleans — was just delivered in July 2003.

The new fleet will be complete when the deliveries of Rickmers Jakarta and Rickmers Genoa occur in November 2003 and early 2004, respectively. 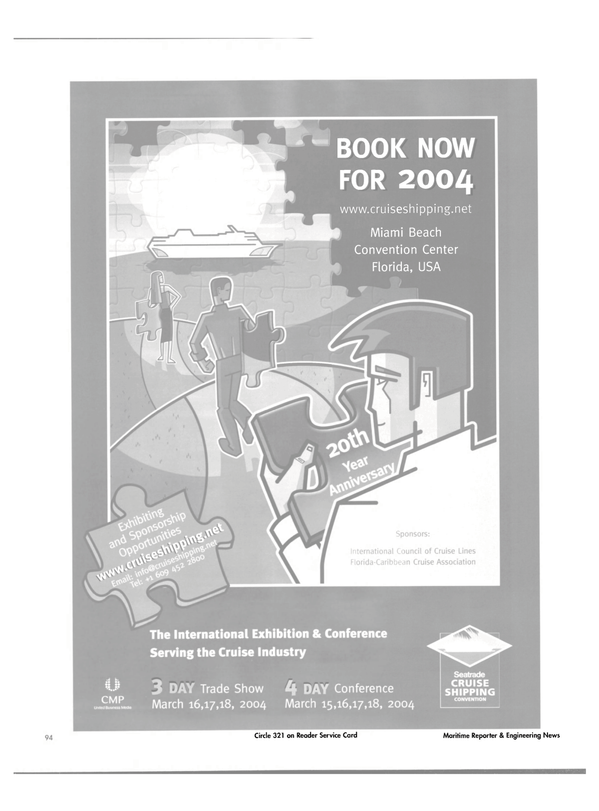