The U.S. based Fastship initiative received a boost with the addition of Spain's IZAR to its team. Fastship.

which for years has been trying to bring from drawing board to the waterways its innovative - door-to-door from the U.S.

to Europe - maritime cargo transport project, signed an agreement for IZAR to conduct a feasibility study of the ships and their construction. The project would link both continents by means of a high speed ship line running from Philadelphia to Cherbourg, able to deliver the cargo to its destination in the same time than air transport at a sensibly lower cost - up to 50 percent cheaper, the company claims. The project will undergo an intense analysis, with IZAR exclusively in charge of revising the design to optimize technology, a phase expected to be completed in December.

Once the concept has been verified, IZAR will be in charge of the construction of the ships. The current plan call for. during the first phase, for IZAR to build a series of three or four 265-m. 40- knot containerships, each propelled by Rolls Royce gas turbines. The plan is a ship able to travel from Philadelphia to Cherbourg in an average 92 hours.

Signficant reductions in cargo handling times and in official customs procedures will also be acheived.

are jointly working in the setting-up and development of a financial package for the total coverage of the project, including the port terminals and the construction of the ships. 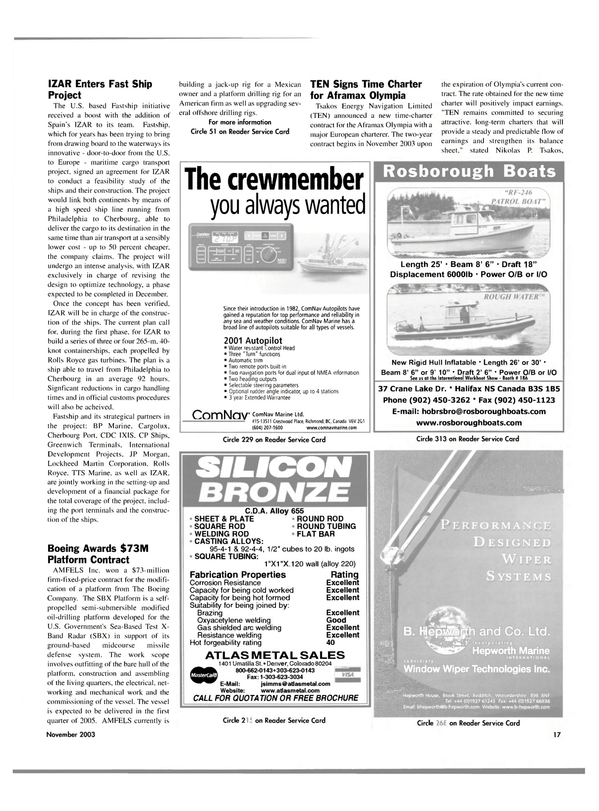