Dutch owner V.O.F. Scheepvaartbedrijf van de Guchte & zn is having the finishing touches put on a new 110-m double-hulled tanker at the Veka Shipyards in the Netherlands. With an 11.45 m beam and a 3.5-m molded depth, the vessel's hull was built in two parts at the Centromost Shipyard in Poland.

After launching, the fore and aft sections were joined to form a hull with 10 holds and having a total volume of 3,785 cu. m. capable of holding about 2,900 tons of cargo. The hull, known as a Maxcube type, was then towed to the Veka Shipyards in Holland for completion.

The interiors of the 10 cargo holds are coated for the transport of light chemicals and each is equipped with a Marflex deep-well pump. Propulsion power will be provided by one of the new Cummins QSK60-M engines with ratings in excess of 2,000 hp at 1,800 rpm. The gear is a Manson ZF. While a number of these engines have been installed in vessels in the U.S., this is the first installation in a European river vessel.

Three Cummins-powered generator sets were also supplied by the Cummins distributor for the Netherlands located at Dordrecht. Navigational elec- tronics were provided by Radio Holland. Delivery of the new vessel, to be named MTS Rosette is scheduled for November 15 of this year. Two four person crews will work the vessel in 14 day rotations. She will operate from the harbors of Rotterdam, Antwerp, Amsterdam and on the Rhine River east to Germany, France and Switzerland. Her home port will be Hansweert, Netherlands. 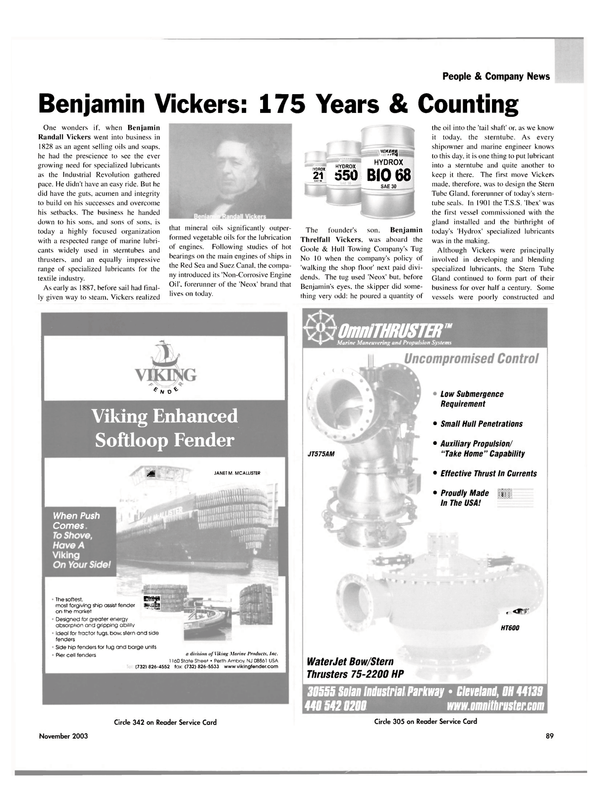