Research as the Building Block

An absence of complacency over its position as the global market leader in newbuild construction is demonstrated by Hyundai Heavy Industries' increasing plough-back of earnings into research and technological development. The raised level of annual expenditure on R&D, coupled with the group's strengthening of its network of research institutes, express a belief in the fundamental link between applied research, innovation.

The scale of the endeavor, which relates not only to the group's shipbuilding activities, but also to its role as a producer of marine engines, offshore and industrial plant, electrical systems and construction equipment, is implicit in its maintenance of four in-house research centers, including the Hyundai Maritime Research Institute.

In a shipbuilding and engineering context, expansion of the research budget is driven by market requirements, by a desire to increase technological and product self-reliance and competitiveness, and by a bid for increased business in the higher value-added category. The rise of China as an industrial powerhouse with a low labor-cost base is one of the spurs to technological advance.

The disposition towards a long-term strategy was earlier underscored by the $35-billion, 10-year R&D program, which resulted in the home-grown, Himsen medium-speed diesel engine class. At the time of this writing, the Himsen series had attracted orders for over 200 engines in shipboard and landside generator applications, and the first unit for marine propulsion duties is set to be installed in a patrol vessel newbuild.

Over the 2003 first-half, HHI's shipbuilding division secured contracts for 64 vessels worth $3.2-billion, exceeding the target for the whole year. By the end of July, the orderbook stood at an astonishing level of 172 newbuilds, with a combined value of about $9-billion. 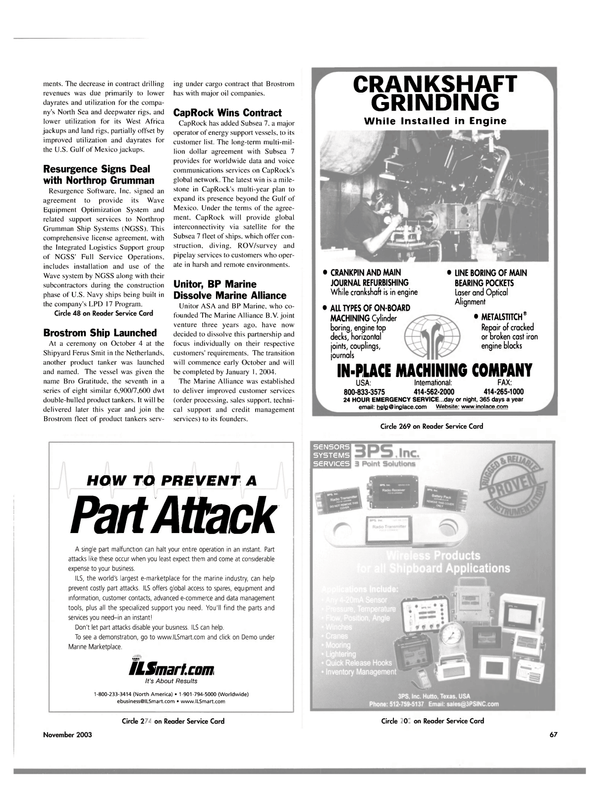 Read Research as the Building Block in Pdf, Flash or Html5 edition of November 2003 Maritime Reporter