Lean times call for "leaner" boats and what better to employ than Lean Shipbuilding, which is known as a proven approach that shipyards can use to improve shipbuilding efficiency. It has the advantages of reducing defects while remaining responsive to change.

How does this differ from the traditional method of shipbuilding? Broken down into three steps these components deal with: • Push vs. Pull • Batch and Queue vs. Continuous • Top Down vs. Bottom Up.

Each element builds on the others to make Lean Shipbuilding work.

Therefore, when trying to implement Lean Shipbuilding, the whole concept should be implemented rather than just a few important pieces.

The Lean Shipbuilding Model will then be introduced. This model, which helps to illustrate the key components of Lean Shipbuilding can be presented in three main categories: • Just-In-Time • Built in Quality • Operational Stability.

The success of Lean Shipbuilding, through these three categories, depends on a flexible and motivated workforce.

With an overall goal of 100 percent customer satisfaction.

Based on a detailed schedule, similar products are manufactured one after another until the required quantity has been reached. This method, which boasts a high level of anticipation, can lead to overproduction or underproduction.

During the production process parts are pushed from one workstation to the next. When delays occur, parts and subassemblies sit idle, where they can be lost or damaged - not only tying up capital - but space as well.

In a pull system, no part is made unless the customer requests it.

Here the customer can vary from the vessel owner to the mechanic installing the equipment. Because this process is demand oriented, the system is therefore highly responsive and flexible to the customer's needs. All parts are used as soon as they are completed, thus eliminating idle time between workstations.

The idle time between workstations adds no value to the part. The actual value is added at the workstation because the part is improved at each step. Each improvement makes it more valuable to the customer.

Another difference between push and pull production is raw material delivery times. In a push cycle, material is ordered and delivered well ahead of time according to a predetermined schedule. This leads to large inventories of material that may not be required for some time. Again idle material leads to higher costs in both the land required to store the material and the cost of the material, which is not recovered until the material is actually used. A pull production cycle utilizes small, more frequent.

Batch and Queue vs. Continuous Flow Another instance of waste encountered in traditional shipbuilding is large batch sizes. A batch is a group of parts that is produced one after another until a preselected number are produced, at which time they are pushed to the next station.

This is called batch and queue flow - batch because of the quantity of a part produced - queue because the parts wait until they are needed. Batch sizes vary depending on the process. Instead of releasing each part as it is produced, the part must wait until all other parts in its batch are competed and it is then moved as part of a batch to the next station.

Once the part is moved to the next station it is then placed in a bin until required for production, thus wasting time. This batch process also increases the lead times on newly ordered products.

A predetermined number of batches must be produced before the production line can be changed to respond to new orders. This not only adds to the amount of time required to deliver a product to the customer, but also increases the amount of time needed to implement a change order.

Lean manufacturing utilizes continuous flow. As a part is produced, it is moved to the next station, thus eliminating waiting time. It also allows the shipyard to be responsive to customer demand, delivering the right part at the right time in the right quantity. Since parts are only made when required, the production process can be changed to meet customer demand.

Continuous flow also helps to increase the quality of the final product by reducing the number of defects through product inspection by the workforce at each station, as well as decreasing damage that may occur while waiting to be used.

Any defect that might occur during continuous flow from the previous process is immediately obvious to the next operator.

The process is then stopped until the problem can be fixed, preventing defective parts from moving beyond the shop and improving total quality.

Top Down vs. Bottom Up Top Down and Bottom Up refer to the flow of suggestions to improve the production cycle. In a traditional Top Down process, improvements are initiated from managers and disseminated to the work force. This process tends to discourage valuable suggestions from the work force.

A Bottom Up managing style allows the workers to offer suggestions upward through management. This style tends to promote continuous process improvement.

which is one of the most important tenants of Lean Shipbuilding. It is so important that shipyards that have adopted Lean Shipbuilding have formed a department, made up of members of the workforce, to constantly evaluate the current processes and suggest improvements.

This not only pays dividends to the company, but also promotes workforce/ management lines of communication and trust.

The workforce also has a different perspective on production in Lean Shipbuilding. Rather than specializing in one process, the workforce is trained in many different areas of production.

Just In Time The first of the five Lean Shipbuilding components, Just-In-Time (JIT), is defined as the right quantity and part, at the right time and place. JIT is essential to three areas of lean manufacturing, which will be discussed below: Onepiece or continuous flow, takt time, and the pull system.

One-piece/Continuous Flow One-piece flow involves identifying subassembly, unit, and part families that move through the same set of processes and creating assembly procedures for their production. Japanese shipbuilders who implemented lean principles such as this increased their productivity by 150 percent from 1965 to 1995 .

First, planners define hull divisions, then subdivide them into parts or blocks.

which in turn are divided into subblocks or subassemblies and so on.

Defining zones that are one-piece producible completes the zoning processes.

"Customer Demand Rate" essentially defines this takt time. The concept of takt time can be expressed as follows: Where: = Available time = Customer Demand Rate = Takt time Ship production requires a six-month to one-year duration. Although integrating takt time may be difficult, once in place, takt time simplifies monitoring of production-flow uniformity and forecasting of work packages. It also serves the planning department as a tool to evaluate how well the production process is going.

When such an applicable occasion arises.

Lean Shipbuilding utilizes The Pull System as described above.

Utilizing the pull system, the accessibility and organization of "stamped" parts are increased. Periodically, a signal will indicate that personnel need to re-supply the parts in order to keep up with the production line demand. This way the production line "pulls" parts versus receiving "pushed" and unwanted parts.

Built In Quality Built-in quality represents the second component of the Lean Shipbuilding model. Built-in quality in a one-piece flow or continuous flow shipbuilding system is achieved through closely controlled accuracy. Each piece is inspected as it is passed to the next process, so inaccurate interim products will not flaw downstream processes.

Standardized Work According to Storch (Storch. 1995), "Standardization is the principle of design-for-production that is likely to lead to significant improvements in productivity." This is also true in Lean Shipbuilding. Standardization occurs in a manufacturing process as well as design. Standardization in shipbuilding can be applied in several stages, from elementary components and assembled units to a complete ship design. Since the shipbuilding market is likely to continue to be characterized by varying and individual product requirements, a standard ship series may not be feasible.

Consequently, efforts at design standardization should be concentrated at the component, subassembly, block, and outfit unit levels. Standardization, as described here, is what will most likely lead to significant improvements for productivity. Standards achieve repeatability, and repeatability, along with continuous improvement, achieves higher efficiency.

2. Stabilize (orderliness) - "A place for everything and everything in its place." 3. Shine (cleanliness) - Inspection, which exposes abnormal and pre-failure conditions.

5. Sustain (self-discipline) - Maintaining a stabilized workplace is an ongoing process of continuous improvement.

Implementing modern manufacturing processes as well as management systems can help to shrink the competitive gap between the U.S. shipbuilders and the rest of the world. Lean shipbuilding offers both of these improvement opportunities. 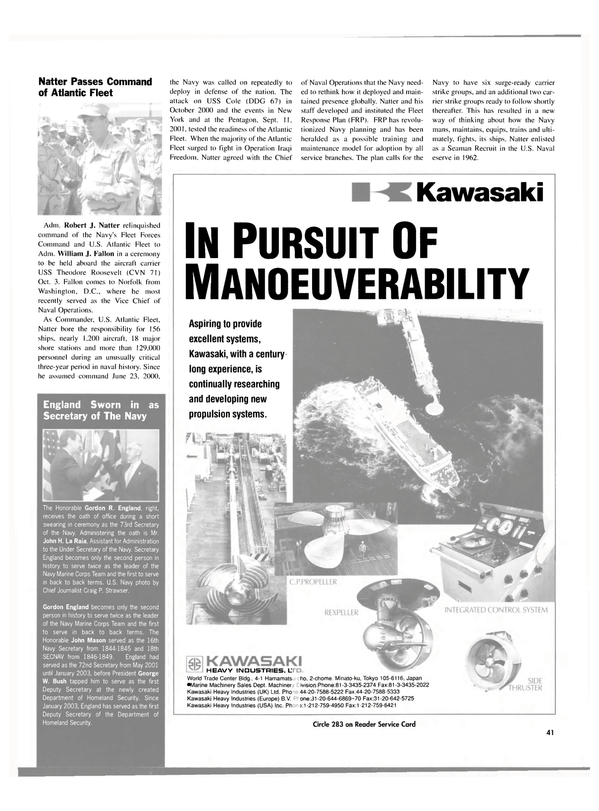