While achievement of these objectives vary by manufacturer, as any vessel owner can attest. MTU continues to deliver technological leaps and bounds that are similarly practical.

The new MTU 2000 CR (common rail) marine engines are designed to be smaller, lighter, cleaner, more powerful and more economical than their predecessors, the 2000 series. Improvements to the key technologies of turbocharging, injection and electronics have been redeveloped and advanced.

Features including an increased power per cylinder and the extensive use of light alloy contribute to the good power-to-weight ratio. The weight optimization of components and the modular design of the engine are also important factors. In several places in the 2000 CR engines, more than one function is integrated into the same component, helping to save weight and space.

As a result of the cleared engine Vee, the crankcase was also redesigned. For example, the water feed and return channels arranged in the V angle were designed as box-shaped components that reinforce the cylinder walls and support the banks against each other. This, according to the manufacturer, is designed to stabilize the cylinder banks and reduce cylinder liner deformation, and therefore piston ring and cylinder liner wear.

MTU has been using the common rail injection system since 1996, and as a result of an overall positive experience, the engine maker has again used a com- mon rail system in the 2000 CR, but with a twist. It is an advanced version, in which an accumulator is mounted on top of the injectors.

The actual storage function is therefore no longer performed, as previously, by the common rail, but by individual storage facilities in the cylinder heads.

This is designed to prevent pressure fluctuations in the fuel line, helping to stop surging at the injectors and the supply of too little or too much fuel. The pressure (max. 1800 bar) remains virtually constant in the entire system. In addition, the fuel lines have a smaller and, in the standard version, single-wall design. The fuel line is situated inside the charge air pipe, and is thus surrounded by a second layer.

The common rail system of the 2000 CR series is fitted with various safety devices. A pressure relief valve in the distributor reduces the maximum system pressure when required, thus protecting the other high-pressure components against overload.

The injectors are actuated by 2/2-way valves, which are activated by the engine electronics. The control voltage here is up to 42 volts. The control valve was positioned very close to the nozzle needle so that there are only slight delays between the opening of the valves and the nozzle needle. This design therefore has the potential for multiple injection without any design changes having to be made to the control unit.

The ZR 125 turbochargers were developed in-house by MTU, and are also manufactured internally by the company.

At a maximum turbocharger speed of 85,000 rpm, they build up a maximum charge air pressure of four bars. The compressor wheel is made of aluminum, and are housed in a water-cooled carrier housing, which keeps the surface temperatures below 220 degrees Celsius stipulated by the SOLAS regulation (Safety of Life at Sea).

An Ethernet interface enables remote diagnosis of the engine management system via the Internet. 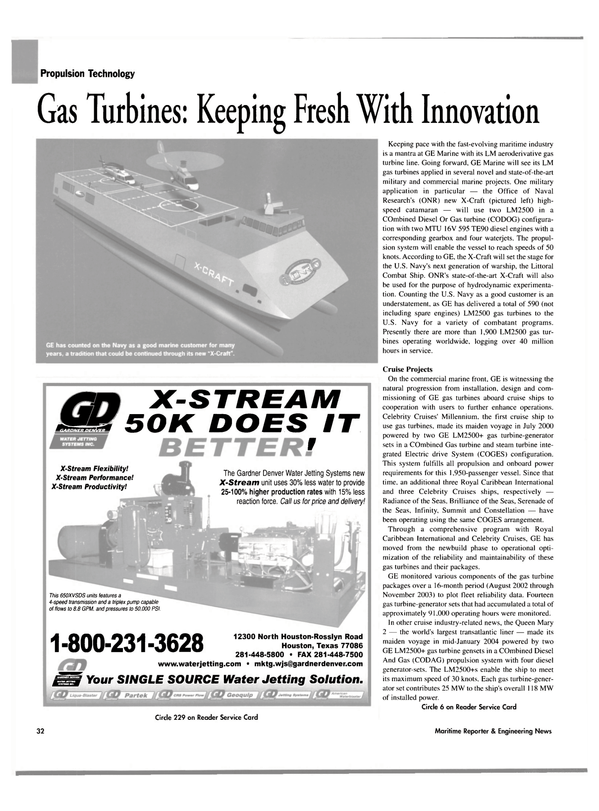