Despite a new volume record in 2003 and an 11% improvement of net profits before extraordinary items, Hempel's CEO Ditlev Engel is not fully satisfied with the result. The major fall in the dollar is the reason that the group was unable to live up to its own expectations for greater progress. Hempel is now to focus even more on a new balanced strategy. Hempel set a new volume record in 2003 with a total paint sales of 191 million liters. But an unexpected fall in the dollar meant that the Group's turnover fell to 536 million euro, a six percent reduction on the year before. However, post tax profits came to 41 million euro before extraordinary items, an 11% improvement. "Despite the fact that Hempel had a good increase in net profits in 2003,1 am disappointed that we were so hard hit by the fall in the dollar. The dollar depreciation reduced our top line with 64 million euro and EBIT with 24 million euro.

So I am not completely satisfied with our efforts last year. The company's potential is much greater," said Engel. He says that Hempel would have achieved top line growth of four percent if the dollar had maintained its value against the euro in 2003. 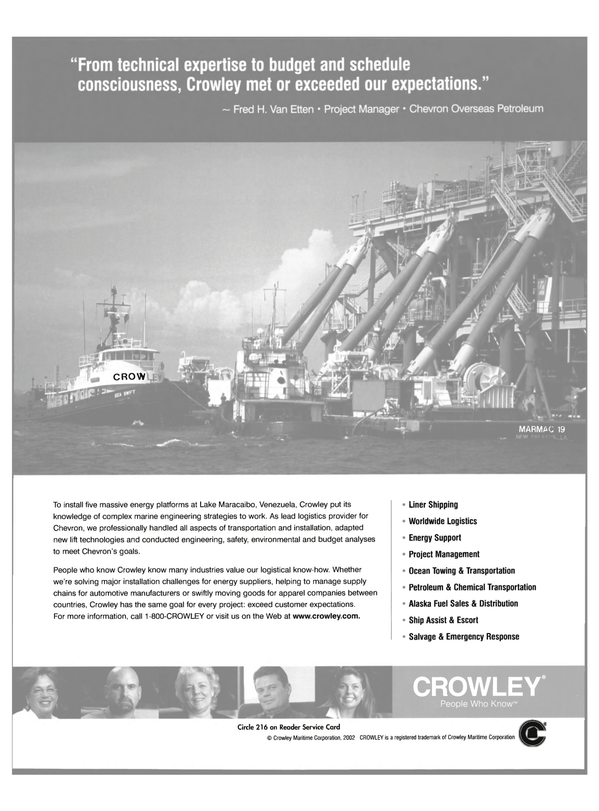 Read Despite 11% Increase, Hempel Disappoints in Pdf, Flash or Html5 edition of May 2004 Maritime Reporter