Keeping pace with the fast-evolving maritime industry is a mantra at GE Marine with its LM aeroderivative gas turbine line. Going forward, GE Marine will see its LM gas turbines applied in several novel and state-of-the-art military and commercial marine projects. One military application in particular — the Office of Naval Research's (ONR) new X-Craft (pictured left) highspeed catamaran — will use two LM2500 in a COmbined Diesel Or Gas turbine (CODOG) configuration with two MTU 16V 595 TE90 diesel engines with a corresponding gearbox and four waterjets. The propulsion system will enable the vessel to reach speeds of 50 knots. According to GE, the X-Craft will set the stage for the U.S. Navy's next generation of warship, the Littoral Combat Ship. ONR's state-of-the-art X-Craft will also be used for the purpose of hydrodynamic experimentation.

Counting the U.S. Navy as a good customer is an understatement, as GE has delivered a total of 590 (not including spare engines) LM2500 gas turbines to the U.S. Navy for a variety of combatant programs.

Presently there are more than 1,900 LM2500 gas turbines operating worldwide, logging over 40 million hours in service.

Cruise Projects On the commercial marine front, GE is witnessing the natural progression from installation, design and commissioning of GE gas turbines aboard cruise ships to cooperation with users to further enhance operations.

This system fulfills all propulsion and onboard power requirements for this 1,950-passenger vessel. Since that time, an additional three Royal Caribbean International and three Celebrity Cruises ships, respectively — Radiance of the Seas. Brilliance of the Seas, Serenade of the Seas, Infinity, Summit and Constellation — have been operating using the same COGES arrangement.

Through a comprehensive program with Royal Caribbean International and Celebrity Cruises, GE has moved from the newbuild phase to operational optimization of the reliability and maintainability of these gas turbines and their packages.

GE monitored various components of the gas turbine packages over a 16-month period (August 2002 through November 2003) to plot fleet reliability data. Fourteen gas turbine-generator sets that had accumulated a total of approximately 91,000 operating hours were monitored.

In other cruise industry-related news, the Queen Mary 2 — the world's largest transatlantic liner — made its maiden voyage in mid-January 2004 powered by two GE LM2500+ gas turbine gensets in a COmbined Diesel And Gas (CODAG) propulsion system with four diesel generator-sets. The LM25()0+s enable the ship to meet its maximum speed of 30 knots. Each gas turbine-generator set contributes 25 MW to the ship's overall 118 MW of installed power. 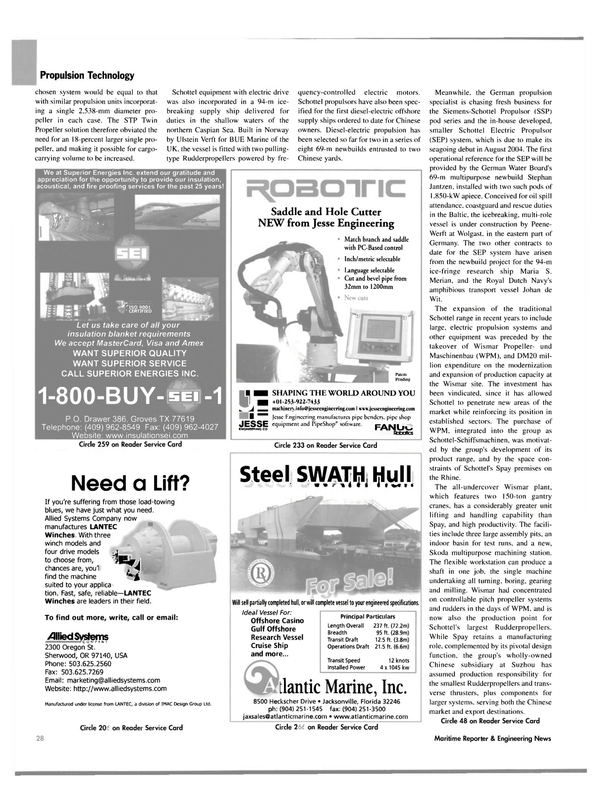