The future is now for Kongsberg. and its futuristic looking AutoChief C20 propulsion control system. First announced at Nor-Shipping 2003, it has received a good deal of attention and.

more importantly, early orders. By reducing the amount of buttons and controls on the panel itself, operation of the propulsion control system has been simplified, leaving crewmembers to concentrate on more complex actions.

AutoChief C20 is actually the fifth generation AutoChief, with the first AutoChief appearing in 1967. Ole Gunnar Hvam, VP Navigation and Automation said, "We will follow the AutoChief closely and listen to feedback from the users before we commit to the direction of the design of our other bridge equipment." The design is proving popular already though, with the Norwegian Design Council recently awarding the AutoChief C20 a sought after design award, stating that it is. "A consistent and complete control panel for larger ships where the functionality is considerably simplified and improved. The pure visual design is intuitive, it has good tactility and feedback to the user. This is a professional and uncluttered product of high quality, with good aesthetics and high durability." Circle 49 on Reader Service Card 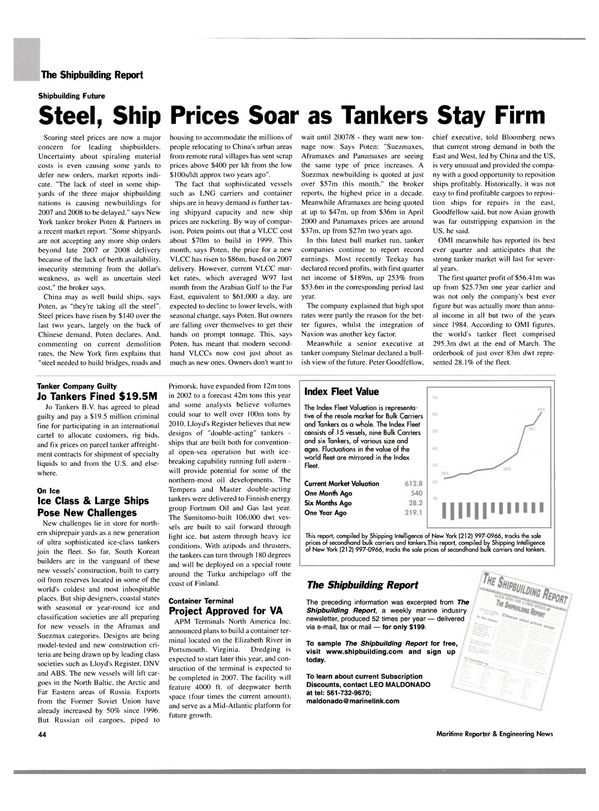