The original 10 cranes replace - and outperform - six older cranes that Barbours Cut had used. "In the first few months, we've gained efficiency and capacity," said Jeff Davis, container operations manager at Barbours Cut. "The Konecranes are more reliable, and they possess a greater hoist speed." The Konecranes were delivered in two shipments in January and March. The first live were operational by March and the subsequent five went online in May. The six older cranes were retired one at a time as the new Konecranes came online.

"These cranes can lift containers faster plus they move at a trolley speed," Davis said. "The wheel turns are a dramatic improvement; these wheels tlip and go, creating a more efficient use of time." Davis explained that the new cranes have also reduced the amount of time it takes to process incoming and outgoing trucker loads at Barbours Cut. The average truck turn time used to range well over an hour. These days, it's down to just under an hour.

"The less time a truck spends at the terminal, the quicker it can get on the road and deliver its cargo," Davis said. "The 10 minutes we have gained in the first six months means real dollars to our customers.

And 1 expect we'll experience more time efficiency once we receive the next shipment of five cranes next year." The Konecranes are able to stack containers four high compared to the retired models, which could only stack three.

That increase in height saves precious yard space at the capacity-strained container terminal. Paulo Soares, maintenance superintendent at Barbours Cut, traveled to Finland to visit the Konecrane manufacturing facility during the procurement process. He said that he was very impressed with everything he learned during that trip. 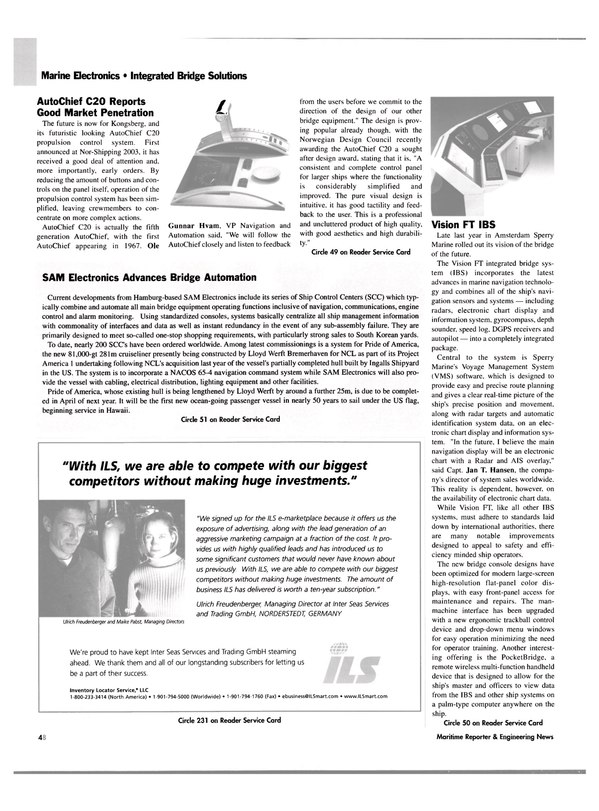