New challenges lie in store for northern shiprepair yards as a new generation of ultra sophisticated ice-class tankers join the fleet. So far. South Korean builders are in the vanguard of these new vessels' construction, built to carry oil from reserves located in some of the world's coldest and most inhospitable places. But ship designers, coastal states with seasonal or year-round ice and classification societies are all preparing for new vessels in the Aframax and Suezmax categories. Designs are being model-tested and new construction criteria are being drawn up by leading class societies such as Lloyd's Register, DNV and ABS. The new vessels will lift cargoes in the North Baltic, the Arctic and Far Eastern areas of Russia. Exports from the Former Soviet Union have already increased by 50% since 1996.

But Russian oil cargoes, piped to Primorsk. have expanded from 12m tons in 2002 to a forecast 42m tons this year and some analysts believe volumes could soar to well over 100m tons by 2010. Lloyd's Register believes that new designs of "double-acting" tankers - ships that are built both for conventional open-sea operation but with icebreaking capability running full astern - will provide potential for some of the northern-most oil developments. The Tempera and Master double-acting tankers were delivered to Finnish energy group Fortnum Oil and Gas last year.

The Sumitomo-built 106,000 dwt vessels are built to sail forward through light ice. but astern through heavy ice conditions. With azipods and thrusters, the tankers can turn through 180 degrees and will be deployed on a special route around the Turku archipelago off the coast of Finland. 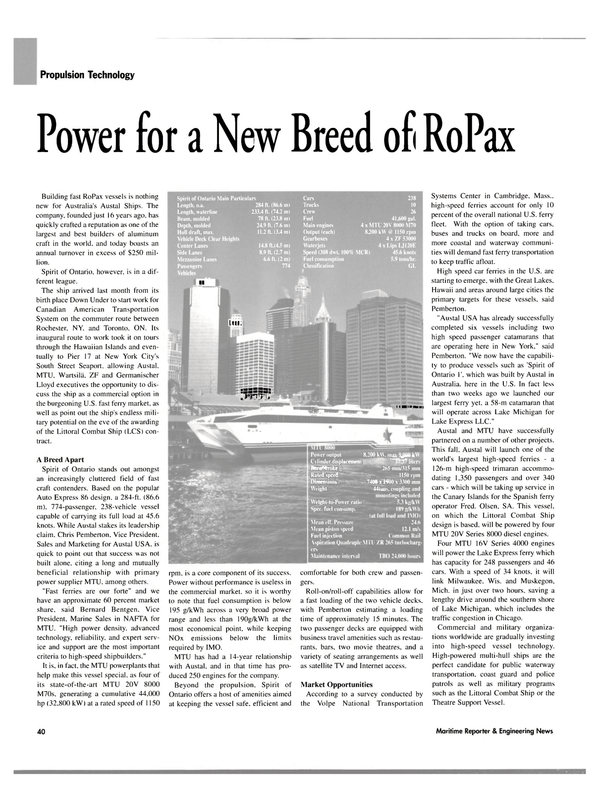