Port state authorities around the globe regularly levy millions of dollars in fines for illegal dumping and accidental spills, and the marine industry is under the microscope of public opinion, as vessel operations are scrutinized like never before.

Microscopic is a very good word.

With a meeting of equipment makers, classification societies and shipowners in London last month, it was announced that for the first time purchasers of fuel treatment systems for ships have access to a standardized test method, enabling them to compare different separators and choose the correct size based on separation performance rather than throughput capacity.

Alfa Laval is one of the parties behind the development of the Separation Performance Standard.

Based on a reproducible test method approved by DNV this is becoming a unified standard for independent verification of separation performance in centrifugal separators for marine fuel oils.

The standard is expressed as Certified Flow Rate, CFR, and DNV already offers a voluntary Type Approval of separators with CFR as part of its new Class Notation FUEL. The next step is the establishment of an International Standard on separation.

Swedish Standards Institute (SIS) are involved as a competent standardization organization, member of CEN (the European Standardization Committee) and ISO (the International Standardization Organization), said Gustaf Edstriim. Edstrom was assigned by SIS as the project manager for the process of developing a standard on a "Method for Testing Separation Performance of Centrifugal Separators for Marine Fuel Oil." Residual fuels may contain contaminants such as water, sediment and catalytic fines all of which have to be reduced to acceptable levels prior to entering the engine. Of these, the most damaging to the engine are catalytic fines, which are hard, abrasive, irregularly shaped particles of aluminum silicate.

If catalytic fines are not removed before the fuel oil is injected into the engine, Alfa Laval maintains, they can lodge in injection pumps, piston rings and cylinder liners and cause serious wear that can, in time, lead to breakdowns.

According to ISO 8217 standards, the maximum allowable catalytic fines in bunkered fuel is 80 ppm. The engine builder typically stipulates a reduction to a maximum of 15 ppm in the fuel oil when it is injected into the engine.

To achieve satisfactory reduction of contaminants, minimize breakdowns, and prolong service intervals and engine lifetime, the oils are typically cleaned onboard ship by centrifugal separation before being fed to the engine.

However, in the absence of an approved test method for separation performance, the stipulated reduction of cat fines from 80 ppm to 15 ppm is a gray area.

To date, the shipping industry has placed no specific demands on makers of centrifugal separators to prove that the equipment they recommend can achieve this level of performance.

That could be changing, as there is a current push for cleaner marine fuel oils by all parties involved, as classification societies and other players initiate an International Standard on separation performance.

Separator manufacturers have been under pressure to deliver more costeffective equipment to shipyards. As a result, the purifiers have been adjusted to provide higher throughput capacities, sometimes without corresponding improvements in bowl design to maintain safe and consistent cleaning levels.

"It seems that today some fuel centrifuges delivered to ships do not provide optimal cleaning of the fuel oil," said Kjeld Aabo. Senior Manager of MAN B&W Diesel. Chairman of CIMAC HFO WG, citing fierce competition in the sector as a possible reason.

"This is not satisfactory for operators and engine suppliers, and therefore MAN B&W Diesel welcomes a stan- dard for check of centrifuge efficiency.

The fuel centrifuge performs the only 'real' cleaning of heavy fuel oil before the engine, independent of the engine design and engine size, and the centrifuge has therefore always to operate optimally." This capacity race has many potentially negative effects, as it can lead to excessive engine wear, costing ship operators large sums in maintenance and replacement parts. It can also lead to claims against engine builders with regard to excessive wear in engines.

A Standards Initiative Alfa Laval, in cooperation with a number of classification societies, has already gone a long way towards changing this situation. The company's efforts have resulted in a standard for independent verification of separation performance.

It is based on the DNV-approved Dyno Test Method developed in conjunction with Alfa Laval.

An alternative to MRC as a way of specifying separator performance, the new standard is expressed as Certified Flow Rate, CFR.

A separator's CFR is the throughput rate at which 85% of 5 micron Dyno particles (simulating harmful catalytic fines) are removed from the test oil (simulating a high viscosity fuel oil).

The CFR represents a safe level for continuous, efficient separation.

This gives the industry independent verification of separation performance and makes it possible to compare fuel oil separators based on separation rather than throughput capacity. 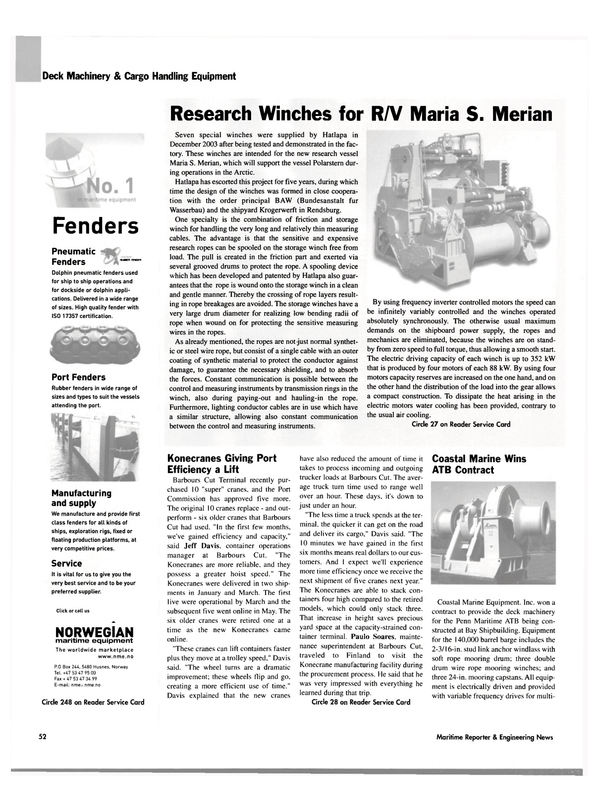