Ivan Monk, currently vice chairman of the board of directors of DeLaval Turbine Inc., assumed leadership of the American Society of Naval Engineers on June 30, 1978, as the 85th president of the Society. The presidential term of the Society is one year.

Mr. Monk graduated from the Georgia Institute of Technology in 1934, receiving his B.S. degree in mechanical engineering, and subsequently from the Advanced Management Program, Harvard Business School, in 1956. He was commissioned ensign, U.S. Navy, upon his graduation from Georgia Tech in 1934, and from 1941 until 1943 served as engineer officer on the destroyer USS Blakely, during which period he was awarded the Legion of Merit for his role in saving the Blakely after she was torpedoed and blown in half in the Caribbean Sea in May 1942. From 1943 until 1945, he served as engineering officer, USS Bataan, and in this capacity was awarded the Bronze Star for his performance of duty which enabled the Bataan to steam continuously for over 39,000 miles without stopping during operations against enemy Japanese forces in the Pacific Theatre of Operations.

Subsequent thereto, he was engineer officer on the aircraft carrier USS Princeton (1946-47) ; assistant director, Naval Boiler and Turbine Laboratory, in charge of development testing of advanced designs for turbines, gears, and boilers (1947-49) ; and in charge of the Turbine and Gear Branch, U.S. Navy Bureau of Ships (1949- 53). From 1953 until 1955, he was Design Superintendent, New York Naval Shipyard, and was in charge of the design of the aircraft carrier USS Saratoga, the first carrier to be fitted with a high-pressure, high-temperature steam plant, as well as a self-tilting mast to permit it to pass beneath the Brooklyn Bridge without major structural removal prior to each such passage. In 1955, Mr. Monk returned to the Bureau of Ships where he was in charge of the A i r c r a f t Carrier Branch until 1958, when he became the Director of the Machinery Division, an assignment which he held until 1960 when he retired from the U.S. Naval Service, having attained the rank of captain.

He is a fellow in the American Society of Mechanical Engineers and past chairman of its Trenton Section; a member of The Society of Naval Architects and Marine Engineers and past chairman of its Philadelphia Section; and a member of Phi Sigma Kappa and Pi Tau Sigma. In addition, he is listed in Who's Who in the World, and Who's Who in America, is a registered professional engineer in the District of Columbia, and has held an unlimited chief engineer's license in the U.S. merchant marine since 1943. Mr. Monk joined the American Society of Naval Engineers in 1946, subsequently serving on its National Council and as its vice president. 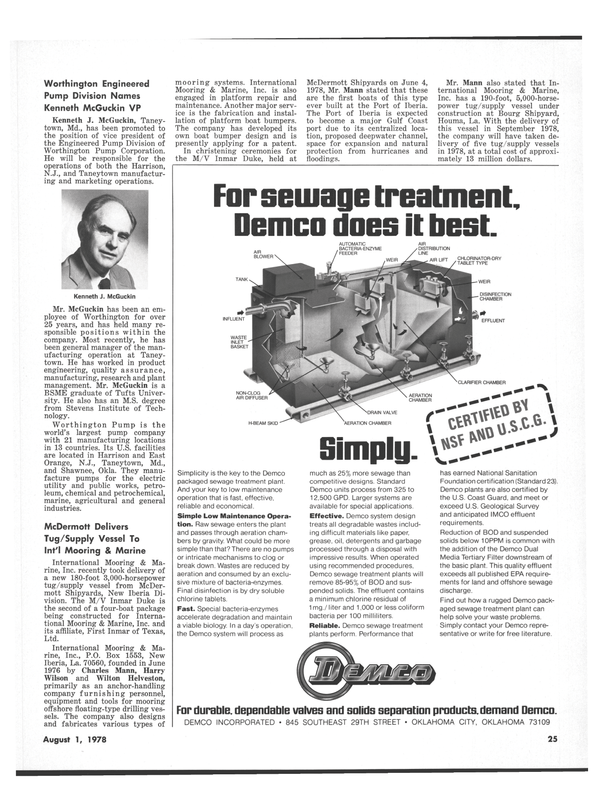