Use Of Helicopter To Install 18 Tank Cleaning Machines Saves Operator $37,000 And Time

How can 18 tank cleaning machines for crude oil washing be permanently retrofitted onboard a 101,500-dwt ore/bulk/oil carrier when its decks have too many hatches to use sheerlegs and the sea is too rough to use a floating crane?

The superintendent of a six-year-old Great Eastern Shipping Ltd. vessel, the Jag Laadki, was faced with just that problem, and solved it. What's more, an unprecedented $37,000 and nearly 2l/> days were saved in the process.

It began when the operators of Great Eastern decided that the Jag Laadki — already equipped with an inert gas system — could provide additional operating efficiencies by switching from water to crude oil washing (COW).

They selected the LAVOMATIC® (SA) tank cleaning machine manufactured by Butterworth Systems Inc., because of its highly efficient use of crude oil as a washing medium.

By means of a cam-operated, variablepitch impeller, the LAVOMATIC (SA) unit can be adjusted to slow its rotational speed when washing critical areas such as tank bottoms, and to increase its speed when washing noncritical areas such as tank sides and tops. This speed programming feature can result in up to 60 percent reduction of both cleaning time and wash fluid used.

Heavy seas and winds up to 30 knots prevailed as the Jag Laadki sailed into Baltimore, Md., and docked alongside a long, narrow jetty to take onboard the 18 LAVOMATIC SA machines delivered by Butterworth Systems. The rough weather ruled out the immediate use of a floating crane for the installation of these machines, while the complex hatch work on the Jag Laadki made it impossible to use sheerlegs.

Faced with substantial losses due to expensive ship downtime, Captain Shah came up with an innovative method for raising and positioning the LAVOMATIC SA machines.

He chartered a local helicopter.

With the 18 LAVOMATIC SA machines lashed amidship, the Jag Laadki proceeded to the mouth of the Delaware River and a rendezvous with the helicopter. There, a high-risk complication was discovered. The vessel's inert gas system was malfunctioning, and her tanks were filled with a potentially explosive atmosphere. Ever resourceful, Captain Shah ordered all tanks flooded with seawater to eliminate any chance of explosion.

The helicopter was able to land on the Jag Laadki, where the pilot reviewed the installation plans with Captain Shah and the crew.

One at a time, the helicopter swiftly lifted each LAVOMATIC SA tank cleaning machine from the deck of the Jag Laadki, positioned it over the designated hatch opening, and lowered it precisely on target. The on-deck installation crew carefully guided each machine into place where it was permanently secured.

Captain Shah's innovative decision to use a helicopter to install this equipment resulted in considerable savings for the Great Eastern Shipping Company. Expensive ship downtime was avoided, and actual installation time and cost were greatly reduced. A look at the bottom line verifies this.

A floating crane would have completed the installation in three days at a cost of $40,000. 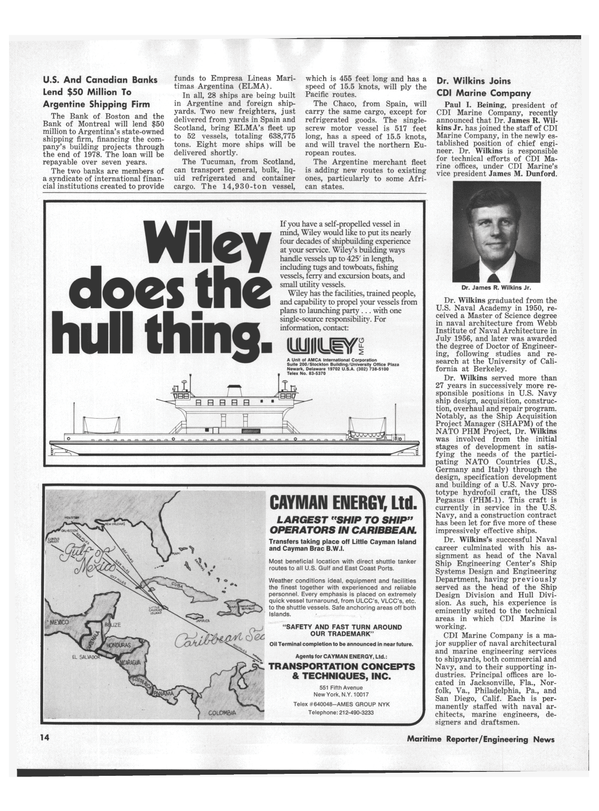 Read Use Of Helicopter To Install 18 Tank Cleaning Machines Saves Operator $37,000 And Time in Pdf, Flash or Html5 edition of August 1978 Maritime Reporter