Carrying up to 374 forty-foot trailers each, the new barges will be identical to Crowley's La Reina which completed its maiden voyage in the Caribbean last May. A second triple-deck barge, El Conquistador, is already under construction at the Marine and Rail Equipment Division of FM'C Corp.

in Portland, Ore., and will be delivered to TMT in the fall.

Work on the two additional barges is expected to get underway in September, with delivery of the first scheduled for summer 1979. The second will be delivered by the end of 1979.

The La Reina and five doubledecked barges are now used by TMT to provide roll-on / roll-off service from Jacksonville, Miami and Lake Charles to Puerto Rico, the Virgin Islands, the Leeward and Windward Islands, Venezuela, and the Dominican Republic. 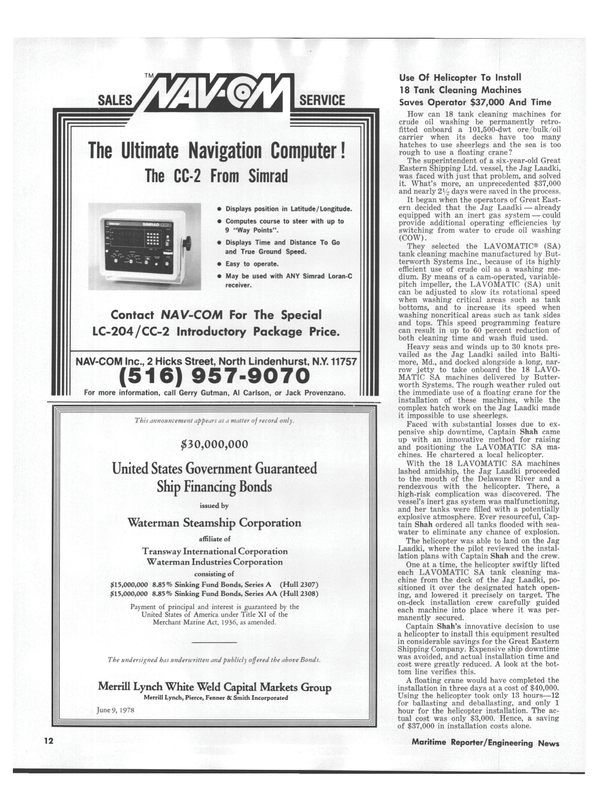