With this first ro/ro ship for inland waterway traffic, heavy cargoes can be transported by way of an inclined ramp directly in the cargo space. The trimming tanks are brought into use during the loading and unloading operations.

Hydraulic winches are employed to pull the cargo onboard. Turbines, transformers, boiler, chemical plant components, and other large installation equipment items can thus be loaded or unloaded at any desired location without the use of large special cranes. The RoRo-Simmental can also transport solid fuels in European inland waters.

As is the case for the vessel as a whole, emphasis is placed on the economy of operation for the engine installation as well. The call for a robust and comparatively simple layout, together with optimal reliability of operation, has been able to be met by means of Sulzer A-type diesel engines.

These machines have already proven their worth in over 2,000 installations as prime movers for fishing, special and inland vessels, or as auxiliary generating sets on large oceangoing ships.

The Haslital, a previous newbuilding for the same owners, is equipped with two engines, type 6AL25/30, which each have a rating of 735 kw at 720 rev/min. As a result of further development and uprating in power, it was possible to select the smaller type 6AL20/24 for the Simmental, and to retain the same engine room conception.

In this way, powerful engines— designed according to the latest knowledge for continuous operation— may be installed in a relatively small space. Good accessibility for inspection purposes and overhaul work on the main engines, as well as other components, was decisive for the overall layout of the engine room. 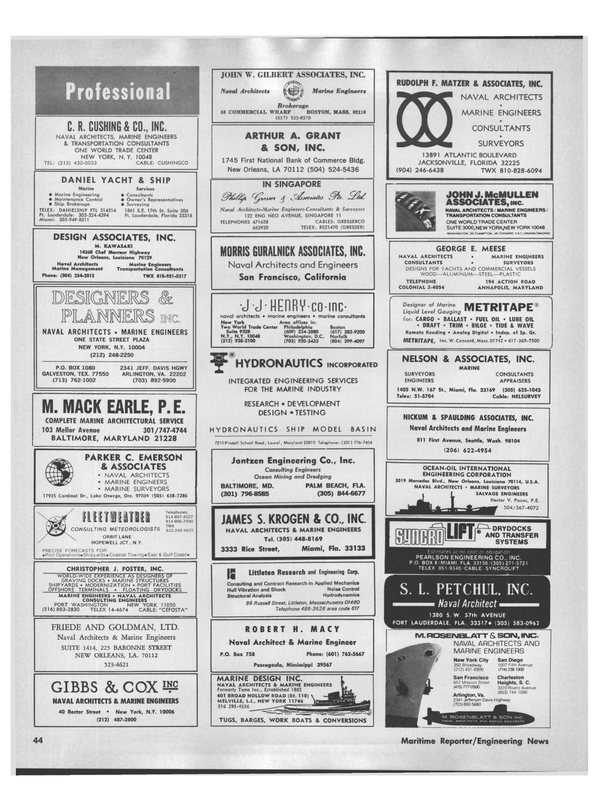