J.T. Gilbride, chairman of Todd Shipyards Corporation, told the shareholders at the annual meeting- that he estimated profits for the first quarter ended June 30 would amount to approximately $1.9 million, equal to $1.28 per share. "This is the third successive profitable quarter and would tend to indicate the company is entering a period of sustained profitability," he said.

Mr. Gilbride reported that work on the 17 guided missile frigates the company is constructing for the Navy is progressing on schedule and within the target cost. The first three ships under the contracts are 55 percent, 50 percent and 43 percent completed, with the first vessel scheduled for delivery in January 1980.

Farrington, vice president, Joseph H. Dugan, senior vice president-Finance, and Sir David L. Nicolson were reelected to the board of directors for three-year terms expiring in 1980. William H. Todd, grandson of the company's founder, was elected to a vacant position on the board f o r a remaining term of two years expiring in 1980. Shareholders also approved miscellaneous amendments to the company, certificate of incorporation, and ratified the selection of Arthur Young & Company as the company's independent auditor for fiscal 1979. 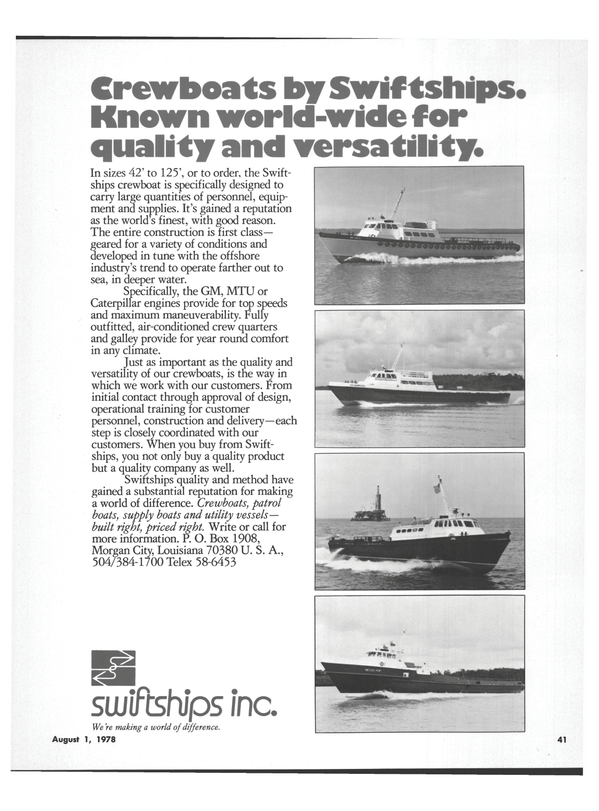