Sponsor of the vessel was Mrs. Lloyd R. Hatlelid, whose husband is senior geophysicist with the Exploration Department of Imperial Oil Ltd., Calgary.

Built by Bel-Aire Shipyards Ltd. to the design of Cleaver & Walkingshaw Ltd., the 115-foot by 42-foot by 12-foot vessel is powered by two Caterpillar diesel engines which develop a total of 1,700 bhp at 1,225 rpm, producing a free-running speed of 14 knots.

The vessel has a heliport, as well as specialized equipment located in an instrument building on deck. During the exploration process, a mile and one-half-long cable is towed behind the vessel and sonic signals are detonated in the water while the acoustic devices are suspended from deck outrigger cranes. The sonic deflections or vibrations, sent through the earth formations, are picked up by the trailing cable, monitored and relayed to special seismic recording instruments. Data from this environmentally safe procedure is then processed and used in determining potential oil or gas formations in the earth.

Following commissioning ceremonies, the vessel departed on her maiden voyage for the Beaufort Sea in the western Canadian Arctic, via the ocean route around Point Barrow, Alaska. The vessel will work on long-term charter to Imperial Oil Ltd. in the Beaufort Sea and Mackenzie Delta areas. 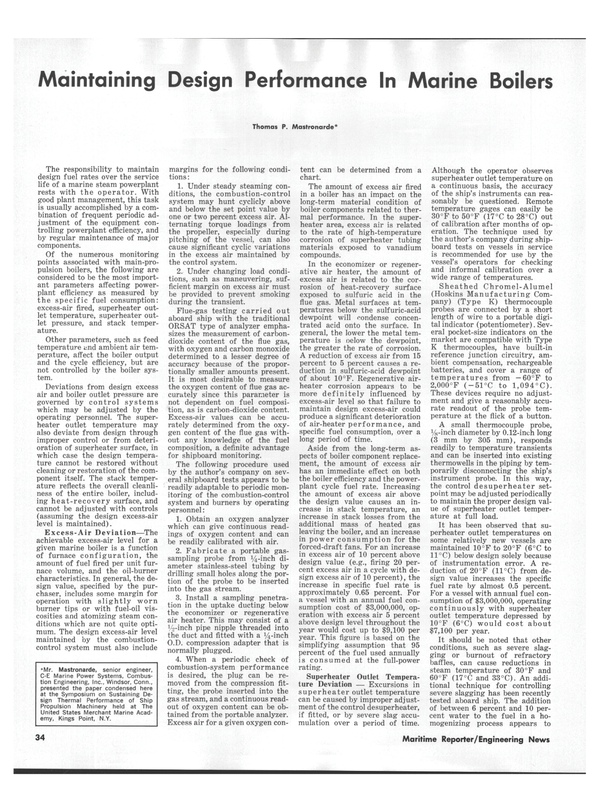