Dr. Wilkins graduated from the U.S. Naval Academy in 1950, received a Master of Science degree in naval architecture from Webb Institute of Naval Architecture in July 1956, and later was awarded the degree of Doctor of Engineering, following studies and research at the University of California at Berkeley.

Notably, as the Ship Acquisition Project Manager (SHAPM) of the NATO PHM Project, Dr. Wilkins was involved from the initial stages of development in satisfying the needs of the participating NATO Countries (U.S., Germany and Italy) through the design, specification development and building of a U.S. Navy prototype hydrofoil craft, the USS Pegasus (PHM-1). This craft is currently in service in the U.S.

Navy, and a construction contract has been let for five more of these impressively effective ships.

Dr. Wilkins's successful Naval career culminated with his assignment as head of the Naval Ship Engineering Center's Ship Systems Design and Engineering Department, having previously served as the head of the Ship Design Division and Hull Division.

As such, his experience is eminently suited to the technical areas in which CDI Marine is working.

CDI Marine Company is a major supplier of naval architectural and marine engineering services to shipyards, both commercial and Navy, and to their supporting industries. 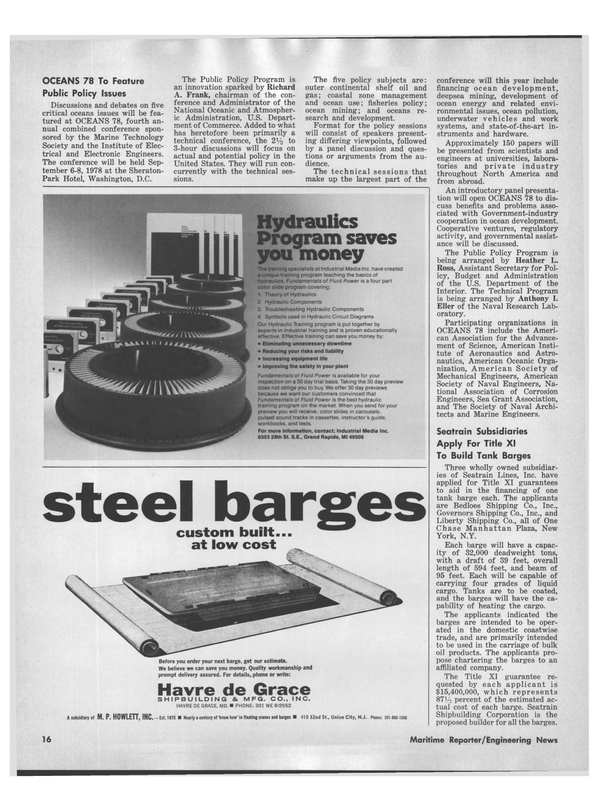