The 396-foot tank barge will have a beam of 72 feet and an amidship side depth of 25 feet 10 inches. The barge can be either towed or pushed by tug. Operating in the New York City area, the barge will be suitable f o r carrying grade B petroleum products and lower, including heavy fuel oil.

Ten cargo tanks with two abreast and five in length will have a volumetric capacity of 103,500 barrels. Three main cargo deep-well pumps will be on deck. Each pump will be powered by a GM Detroit V16 Diesel engine developing 480 horsepower. These three pumps will each have a capacity of approximately 4,200 gpm or 6,000 barrels'hour.

This is Bay Shipbuilding's first contract with Turecamo Coastal & Harbor Towing Corp. Delivery of the 396-foot tank barge will take place in the summer of 1980. 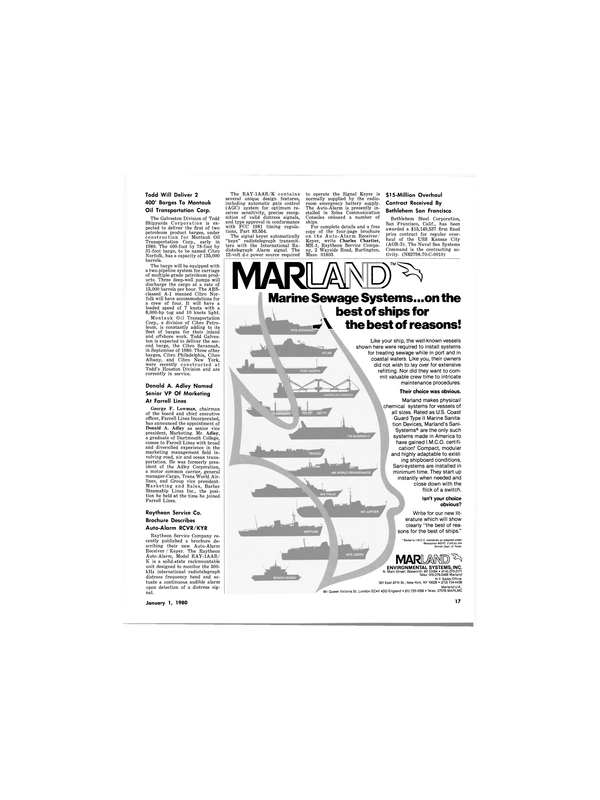 Read Bay S h i p b u i l d i n g Lays Keel For Turecamo Barge in Pdf, Flash or Html5 edition of January 1980 Maritime Reporter