The Group managing director of Burmah Oil Company Ltd. of England declared recently that tapping reserves of natural gas readily available in many countries "is one of the simplest ways of developing new sources of energy." Speaking at the naming ceremony for the giant liquefied natural gas tanker LNG Virgo, Stanley .1. Wilson said he found it "incredible that we should stand around bewildered at the disappearance of old sources of energy while doing almost nothing to open up new resources that are readily available." Mr. Wilson, whose wife Molly christened the eighth LNG tanker to be built at General Dynamics' Quincy (Mass.) Shipbuilding Division, said the world could open up the new resources "by recreating the necessary will, determination and urgency. . . ." Mr. Wilson told the thousands of shipyard workers and distinguished guests at the ceremony that the tankers built in the yard "can provide the transport" for the new sources of energy. "Ships built in this yard are no longer prototypes. They are the norm." The 936-foot LNG Virgo is scheduled to join seven sisterships which have been delivering liquefied natural gas f r om Indonesia to Japan for more than two years. By the end of 1979, the ships will have made about 177 round trips to Japan, delivering 469 billion cubic feet of natural gas — enough to heat the homes in the greater Boston area for 12 years. 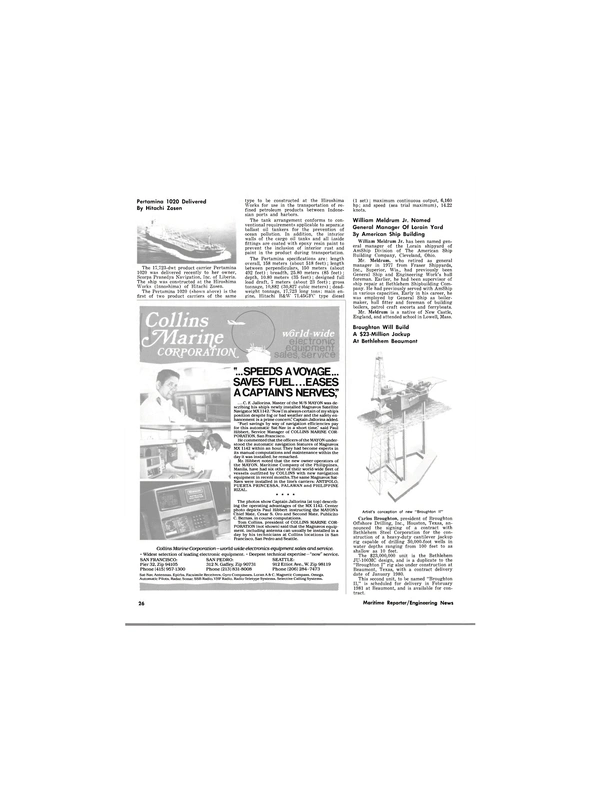