The barge will be equipped with a two-pipeline system for carriage of multiple-grade petroleum products.

Three deep-well pumps will discharge the cargo at a rate of 15,000 barrels per hour. The ABSclassed A-l manned Cibro Norfolk will have accommodations for a crew of four. It will have a loaded speed of 7 knots with a 6,000-hp tug and 10 knots light.

Montauk Oil Transportation Corp., a division of Cibro Petroleum, is constantly adding to its fleet of barges for their inland and offshore work. Todd Galveston is expected to deliver the second barge, the Cibro Savannah, in September of 1980. Three other barges, Cibro Philadelphia, Cibro Albany, and Cibro New York, were recently c o n s t r u c t e d at Todd's Houston Division and are currently in service. 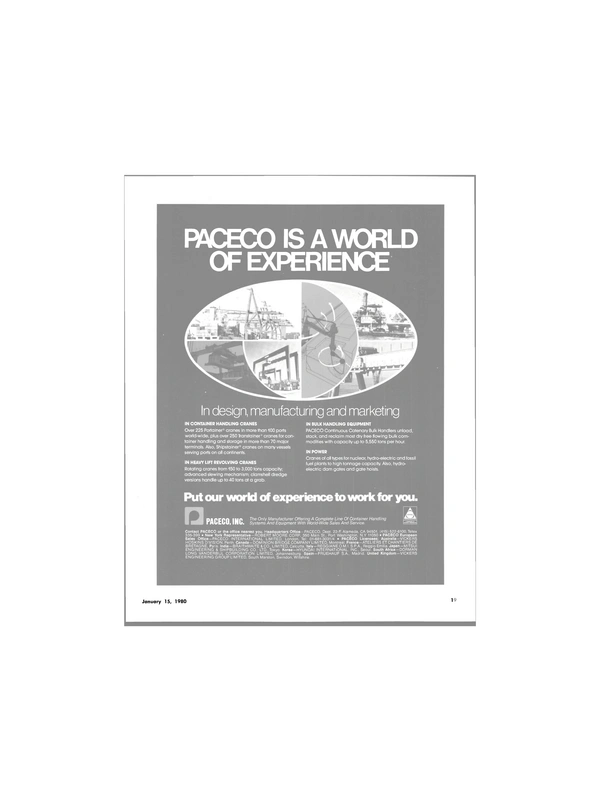