Capt. George F. Price Jr., a career member of the staff of Lykes Bros. Steamship Co., Inc., a subsidiary of The LTV Corporation, has been named vice president of the company's Marine Division, it was announced by Lykes chairman Joseph T. Lykes Jr. He succeeds Capt. Ernest B. Hendrix, who has retired.

A native of New Orleans, Captain Price graduated from the U.S. Merchant Marine Academy in 1945 and immediately joined the Lykes seagoing organization as a mate. He rose through the ranks and took command of his first ship, the Dick Lykes, in 1952.

Captain Hendrix ends a 39-year association with Lykes. He also started with the seagoing group in 1941 and, like his successor, came ashore to fill shore assignments in Galveston and Houston until he was transferred to the New Orleans staff in 1964 as manager of the Marine Division. He became assistant vice president of the division in 1972 and was appointed vice president in 1974. 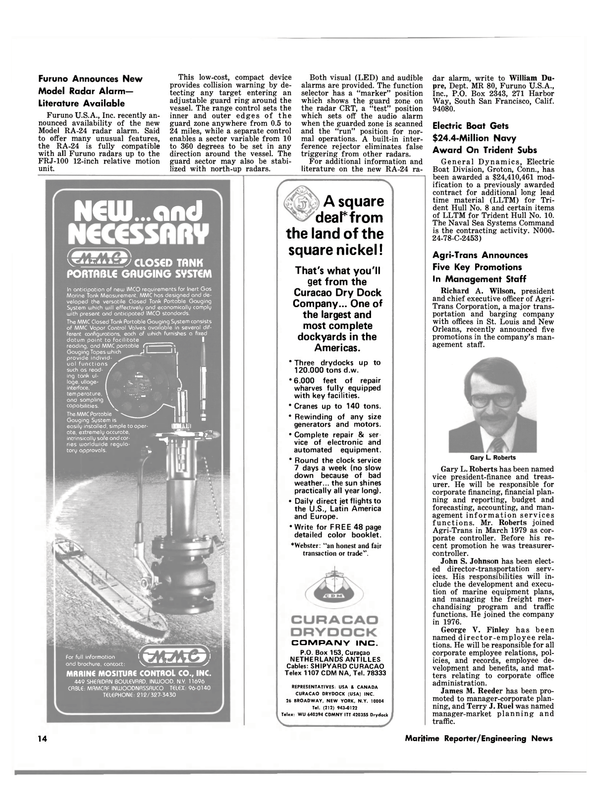