The AWO chairman said that the study, while confirming with new data previous conclusions on the superior efficiency of barging, finds that "all bulk transportation modes make a significant contribution to the nation's distribution system in a fuel-efficient manner, and all are deserving of full recognition as energy savers and energy movers." The study was commissioned jointly by the AWO and the Water Transportation Association of New York, and was done by Samuel E. Eastman, lawyer, economist, and former director, Office of Policy Review, U.S. Department of Transportation.

Mr. Donnelly, addressing the National Press Club Transportation Table in Washington recently, said, "The vital task of distributing the products of the nation's farms and factories is accomplished with a fraction of the nation's total fuel supply. Trucks, railroads, and water carriers in 1978 consumed less than 3 percent of the nation's fuel supply to perform 76 percent of all intercity freight transportation. Barging alone consumed three-tenths of one percent." For a free copy of the report, write to The American Waterways Operators, Inc., Dept. MR, 1600 Wilson Boulevard, Suite 1101, Arlington, Va. 22209. 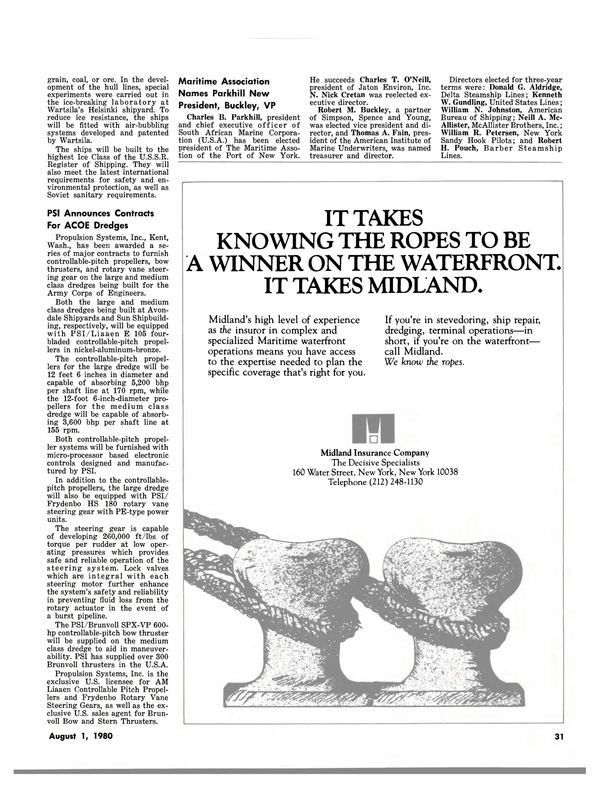