Downtime was cut by approximately twothirds when the Western Pacesetter II, a semisubmersible drilling rig, was refitted at Cameron Offshore Service Inc.'s Industrial Marine Division in Cameron, La., for work in the North Sea. With the cost of rig tow time, and a tug on call at $8,000 a day, savings were considerable.

In a record-breaking five days, the rig was overhauled and refitted for operation in deeper water. The Pacesetter operated for the past five years in the Gulf of Mexico, and will now be operating at a 900-1,000-foot depth off the shore of Ireland.

Planning for the work at Cameron started in January, according to Lilton Chesson Jr., president of Cameron Offshore. Principals from Cameron Offshore and Western Oceaanic Inc. met approximately twice a month to schedule the refitting. Supplies were stockpiled at Cameron in advance of the rig's arrival.

Divers reviewed the water depth at Cameron's Industrial Marine dock, and the depth was confirmed to be 35 feet at dockside, with a mid-channel depth of 40 feet.

The rig would draw 22 feet when docked.

As the rig docked at Cameron, after a tow from the Gulf up the Calcasieu River ship channel, a rush of activity got underway.

Industrial Marine had two crews of 45 men working 12-hour shifts, and Western had four 20-man crews. Workmen, purchasing agents, safety and construction engineers worked around the clock. Materials were loaded and unloaded, supplies were put in, additional risers and riser racks were added for deepwater operation, and damages incurred during five years of operating in the Gulf were repaired.

Robert (Mack) McCowin, superintendent of the Western Pacesetter II, commented, "I've never seen a rig refitting run on schedule, but we made it." Walter Carrico, manager for Industrial Marine, said that the five-day job would probably have taken 10 to 15 days if done offshore with workboats. "We had this j o b well planned," he said, "and were able to complete it according to schedule and with no major problems." The Cameron Offshore complex is a oneof- a-kind facility, similar only to a smallerscale operation in Aberdeen, Scotland. It takes the general store approach to serving the oil industry, and includes over 80 acres on a deepwater channel one mile f r om the open Gulf. 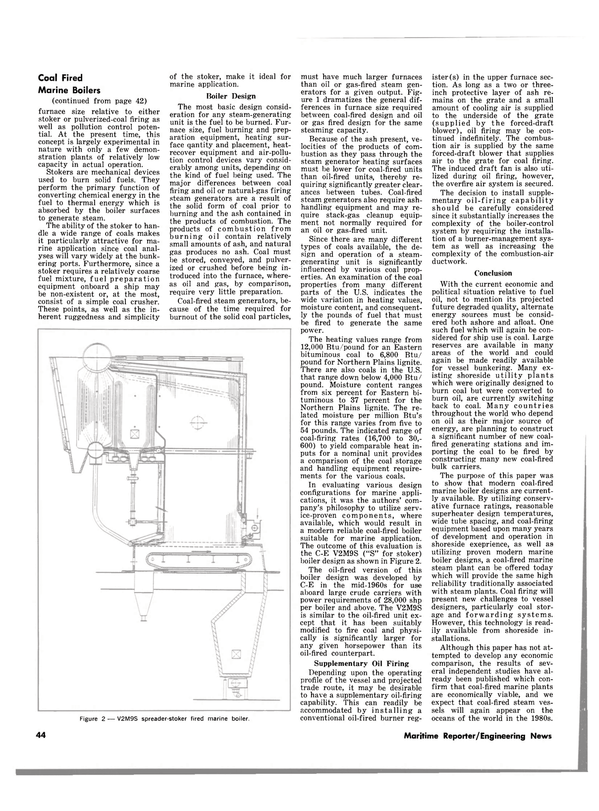