Michael J. Warren has joined the Marine Division of Farboil Company as n a t i o n a l a c c o u n ts manager, it was announced by Joseph F. Harrington, vice president of sales. In this capacity, he will also have administrative responsibility f o r Farboil's New York City office, including the Northeast sales district.

Mr. Warren has spent the past 16 years in the marine products industry, and most recently was consultant to a major shipping line. Prior to that, he served as a safety engineer at the New York Naval Shipyard and as a chief engineer in the U.S. Navy. 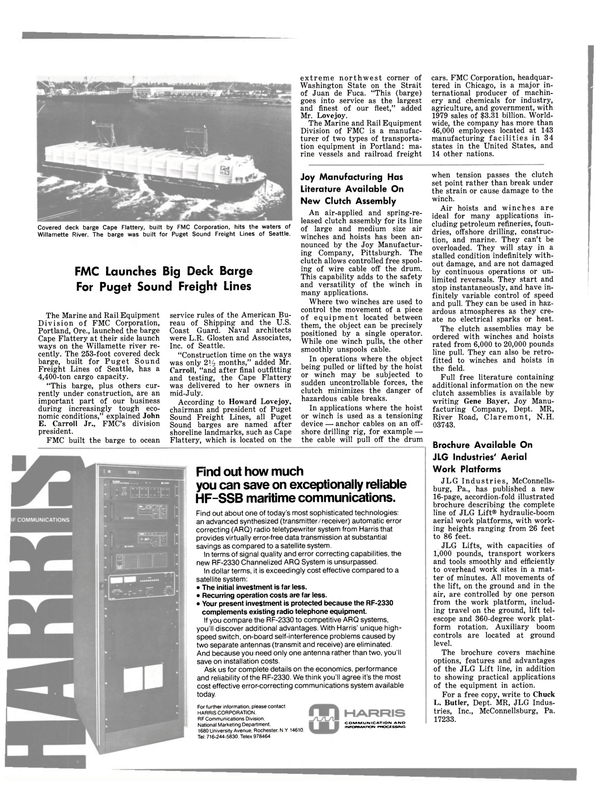