J.J. Henry Co., Inc. of New York City, one of the leading naval architects in the U.S., recently announced the appointment of Roger C. Ffooks of London as the company's European representative.

J.J. Henry Co. has engaged for many years in the design of ships and systems for the transport of liquefied gases, including LNG, LPG, anhydrous ammonia, and other similar cargoes. The company's early work in the 1950s led directly to the building of Methane Princess and Methane Progress in 1962-64 and to the development of the design philosophy and regulatory rules governing liquefied gas transport.

J.J. Henry's position in this specialized engineering discipline has remained strong to the present day.

Mr. Ffooks, a naval architect, has long occupied a position of importance in the liquefied gas transport industry, commencing in the middle 1950s. During his long association with Conch Methane Services Ltd. and, later as an independent consultant, he has contributed significantly to the development of all aspects of liquefied gas technology relating to hull design, cargo containment, and cargo handling.

He has also written authoritative histories of the marine liquefied gas industry. 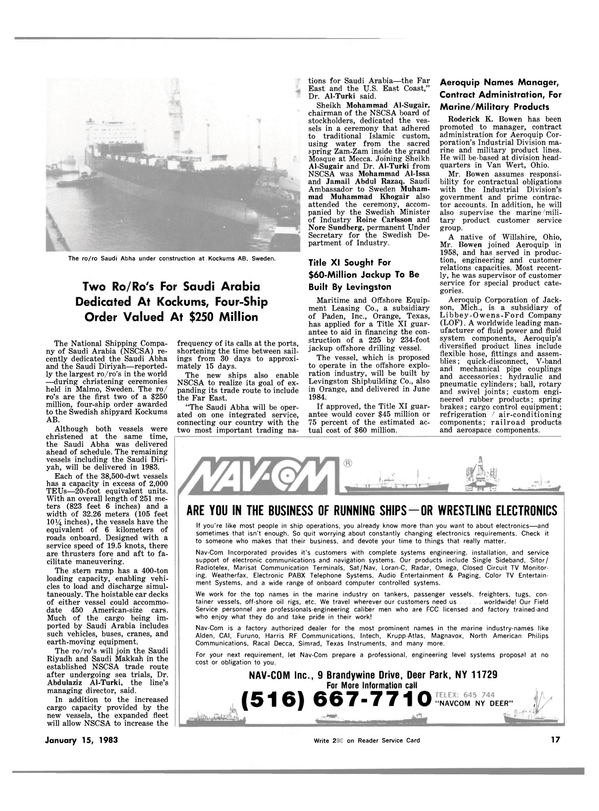