Additionally, representatives of U.S. and foreign shipping companies and the U.S. Navy observed the operation of the Trellclean machine as it cleaned the side of a large barge. This demonstration was carried out at the Dillingham base in Long Beach Harbor.

Edward Stettinius, vice president of Trellclean, conducted the meeting, Arild Rinvoll of The Ship Research Institute of Norway lectured on the economic advantages of underwater hull cleaning in general and the advantages of the Trellclean system in particular.

Mr. Stettinius explained to the meeting that Trellclean International manufactures its own machines, holds patents or patents applied for in 18 maritime countries and is continuing to effect improvements through its research and development.

He also stated that in order to maintain one high cleaning standard on a worldwide basis, Trellclean sells no machines. The only users of the equipment are members of the worldwide Trellclean organization which enables the company to control the use and maintenance of the very sophisticated machines.

Long Beach, Calif., is responsible for Trellclean operations on the entire West Coast of the United States, Hawaii and Guam. Raynor T. Tsuneyoshi, vice-president, is in direct charge.

Early next year, Trellclean will hold similar meetings in Europe and the Middle East.

For copies of literature, Write 56 on Reader Service Card 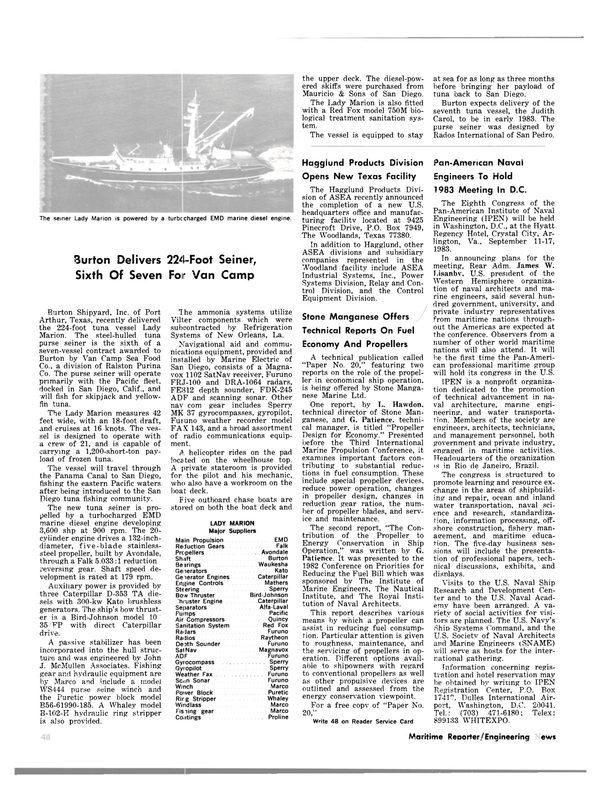