Navy by the Los Angeles Division of Todd Pacific Shipyards Corporation five weeks ahead of contract schedule and below budget parameters, it was announced by L.M. Thorell, vice president and general manager of the division.

Reid is the eighth in the series of 17 frigates currently under contract at the Los Angeles Division, all of which have been delivered on or ahead of schedule and within budget. Of particular significance, it was noted by the Navy's Board of Inspection and Survey (INSURV-PAC) during the Reid's recent acceptance sea trials, performance of the ship's main propulsion plant, sonar and Mk 92 fire control long-range acquisition capabilities were considered the best observed to date by the board.

Reid, which is the fourth FFG to be delivered by Todd Los Angeles in 1982, is scheduled to be commissioned on March 12, 1983, at which time she will officially join the Fleet. 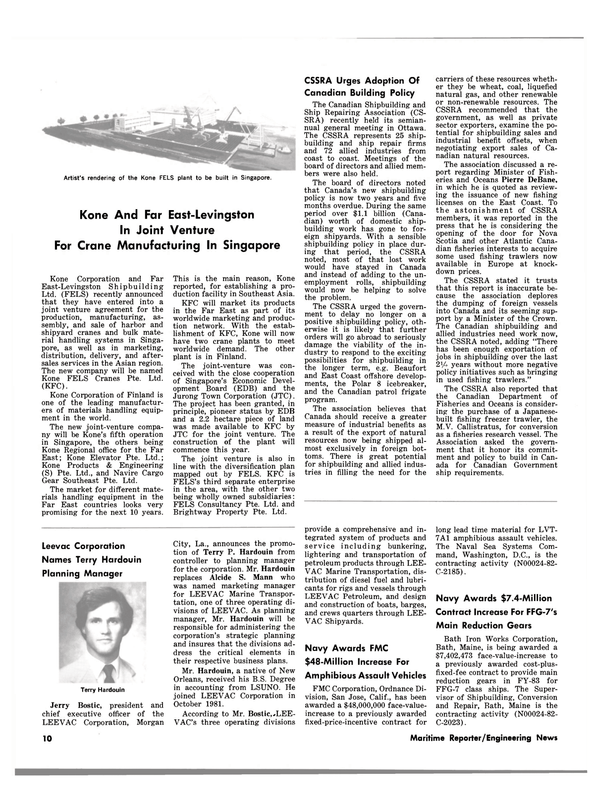