Robert H. Pouch, president and chief executive officer of Barber Steamship Lines, Inc., has been elected by the New York Chamber of Commerce and Industry as Commissioner of Pilots of the State of New York, it was announced by James P. McAllister, Commission chairman.

The six-member board of commissioners is responsible for the administration of the state's navigation laws relating to pilotage services and the licensing of pilots on all state waters including New York Harbor, the Hudson River and Long Island Sound. 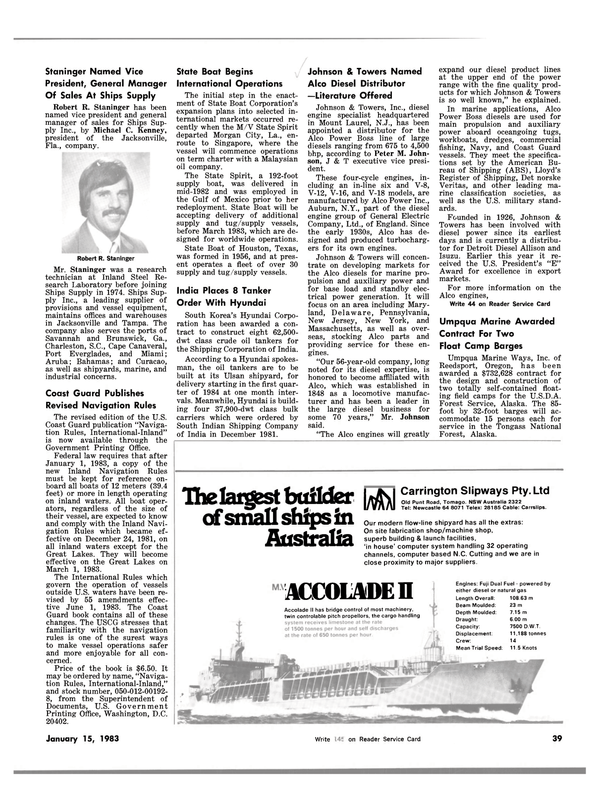