These four-cycle engines, including an in-line six and V-8, V-12, V-16, and V-18 models, are manufactured by Alco Power Inc., Auburn, N.Y., part of the diesel engine group of General Electric Company, Ltd., of England. Since the early 1930s, Alco has designed and produced turbochargers for its own engines.

Johnson & Towers will concentrate on developing markets for the Alco diesels for marine propulsion and auxiliary power and for base load and standby electrical power generation. It will focus on an area including Maryland, Delaware, Pennsylvania, New Jersey, New York, and Massachusetts, as well as overseas, stocking Alco parts and providing service for these engines.

"Our 56-year-old company, long noted for its diesel expertise, is honored to become affiliated with Alco, which was established in 1848 as a locomotive manufacturer and has been a leader in the large diesel business for some 70 years," Mr. Johnson said.

"The Alco engines will greatly expand our diesel product lines at the upper end of the power range with the fine quality products for which Johnson & Towers is so well known," he explained.

Founded in 1926, Johnson & Towers has been involved with diesel power since its earliest days and is currently a distributor for Detroit Diesel Allison and Isuzu. Earlier this year it received the U.S. President's "E" Award for excellence in export markets.

For more information on the Alco engines, Write 44 on Reader Service Card 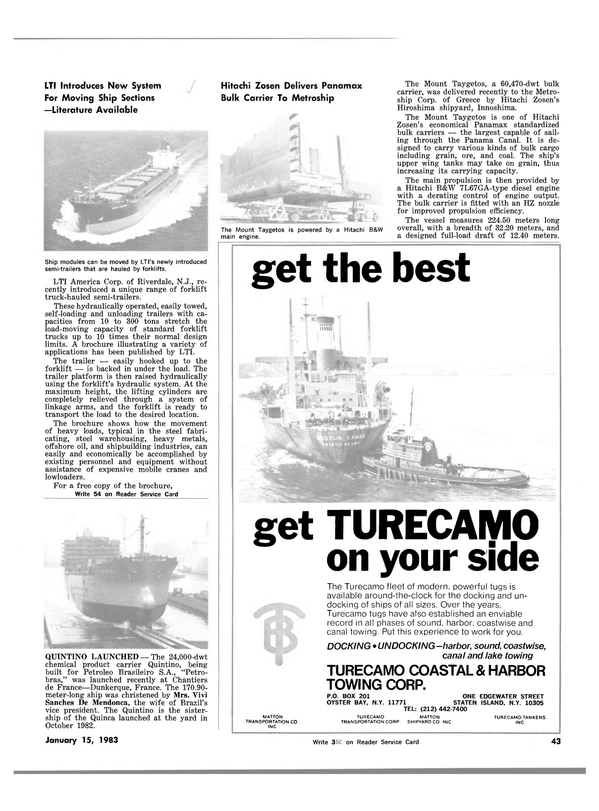