The Maritime Subsidy Board and the Maritime Administrator recently approved applications under which Crowley Maritime International, Inc., a subsidiary of Crowley Maritime Corp., will acquire all stock in Delta Steamship Lines, Inc., from Holiday Inns, Inc., for $96 million.

Approval of the sale/purchase agreement, along with certain approval requested by Crowley under section 805(a) of the Merchant Marine Act of 1936, as amended, are subject to review by the Secretary of Transportation.

The actions of the board and the administrator (dated Dec. 21, 1982) also require that Crowley and Delta unqualifiedly accept 11 conditions outlined in a board/administrator order dated December 13, which, among other things, terminated from consideration Crowley's application for certain section 805(a) written permission in the event Crowley acquires all outstanding stock of Delta and Delta continues under its two present operating-differential subsidy contracts.

Section 805(a) prohibits subsidized operators and their affiliates from participating in domestic shipping activities without written permission from MarAd. Crowley operates vessels in the domestic trades.

In granting section 805(a) written permission, the administrator noted that, because of the overall scope of Crowley's present operations, there is considerable shifting of its vessels to accommodate changing trade requirements, and operating flexibility is needed. For that reason, he said, efforts had been made to strike a balance among all interests concerned. Persuant to section 805(a), the administrator granted Delta written permission for Crowley, its subsidiaries and affiliated or associated companies to own, operate, or charter: • up to a total of 160 tugs in the domestic trade.

• no more than the number of its existing tug/supply vessels or crewboats in the domestic trade so long as they are operated in oil exploration or drilling industry.

• fifteen passenger vessels in the California domestic service so long as the vessels do not exceed a capacity of 5,400 passengers.

• up to a total of 175 barges in the transport of cargoes within and between the following U.S. coastal areas with free interchange of vessels among those areas, and with the maximum number and capacity of vessels employed in the areas at any one time to be: Under the 805(a) permission, Crowley, et al, may operate any of its U.S.-flag vessels which are no larger than any of its existing vessels in the transport of cargoes within and between any U.S. coastal area not indicated above on 10 voyages annually.

It also permits officers, directors, and executives of Crowley to be officers, directors, and executives of Delta and directly or indirectly own a pecuniary interest in Crowley, its subsidiaries and affiliated or associated companies. MarAd also noted that Crowley will dispose of its interest in Naviera Central and transfer a Panamanianflag barge to the U.S.-flag.

The conditions to which Crowley and Delta had agreed as outlined in the board/ administrator order of December 13 included the following: 1. Crowley does not request written permission under section 805(a) for any vessel owned by Delta to operate in any domestic trade whether exclusively in a domestic trade or part of a foreign trade voyage, whether owned by Delta or transferred by charter or otherwise to any other Crowley affiliate.

2. The domestic trade covenants set forth in Crowley's proposed Agreement Terminating Operating-Differential Subsidy Agreements by letter of November 8, 1982, shall remain in effect for five years from the closing.

3. Crowley agrees to be bound by all of the provisions of Delta's subsidy agreements and of the 1936 act applicable thereto and the rules and regulations prescribed pursuant to the act.

4. Crowley shall keep the Capital Construction Funds (CCFs) of Delta and Crowley separate and shall not use any such Delta funds for any purpose related to the domestic trade.

6. Crowley will dispose of its foreign-flag interest in Naviera Central prior to acquiring all the outstanding stock of Delta, but in any event no later than February 1, 1983.

7. Crowley will comply with all current collective bargaining agreements to which Delta is a party.

8. Crowley will continue current union representation of Delta employees during the term of existing ODS agreements.

9. Crowley will maintain all pension and fringe benefits to Delta employees at levels required under existing collective bargaining agreements.

10. Crowley will not transfer equipment from Delta to another subsidiary or affiliate of Crowley for the purpose or with the effect of taking any action directly or indirectly to disrupt existing collective bargaining arrangements with Delta employees, lessen the level of employment of American-citizen seagoing personnel, or to reduce the level of pension contributions or fringe benefits to such personnel.

11. Neither Crowley nor Delta shall sell, scrap, assign, or otherwise directly or indirectly, transfer outside of Crowley, or permanently or for a substantial time period discontinue operation of any Delta subsidized vessel without the prior written approval of the administrator and board; notice shall be published of any such application and interested persons shall be afforded a reasonable time period to comment on such application.

In conjunction with the December 21 action approving the stock transfer, the board and the administrator denied petitions by two maritime unions to reopen the Crowley/ Delta proceedings. 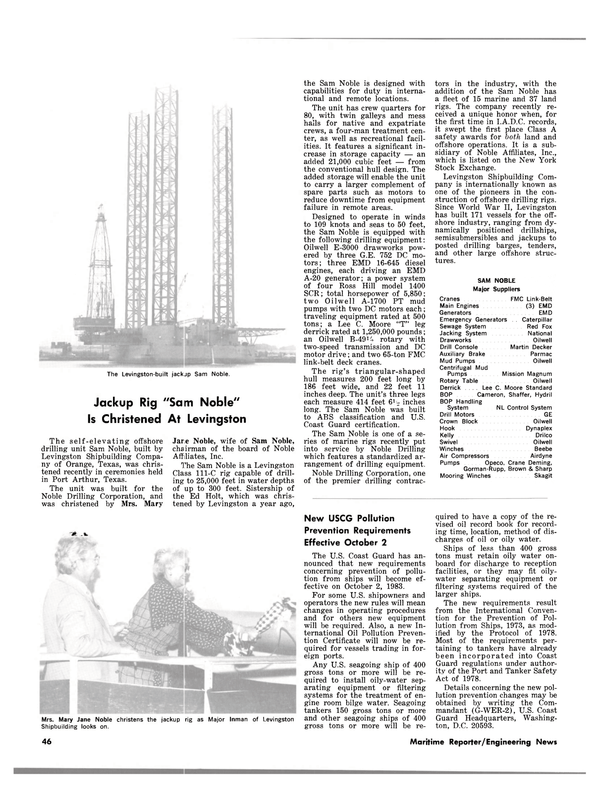