Other modernization changes to the New Jersey include modern electronic countermeasures systems; a cruiser-style communication system; aviation facilities and operating stations for SH-60B helicopters; updated air and surface search radars; and conversion of the fuel plant to burn Navy distillate fuel. Modernization of the New Jersey began in 1981.

Modernization of the second ship, the USS Iowa, is being con- ducted by Ingalls Shipbuilding of Pascagoula, Miss., and Avondale Shipyards, New Orleans, La.

It is estimated the project will take 27 months. The total cost of the Iowa refurbishing project has been put at approximately $400- million. Approximately $200-million of this figure is for shipyard work, the balance will be for new weapons.

The other two ships, the Missouri and the Wisconsin, remain in the reserve fleet at the present time. 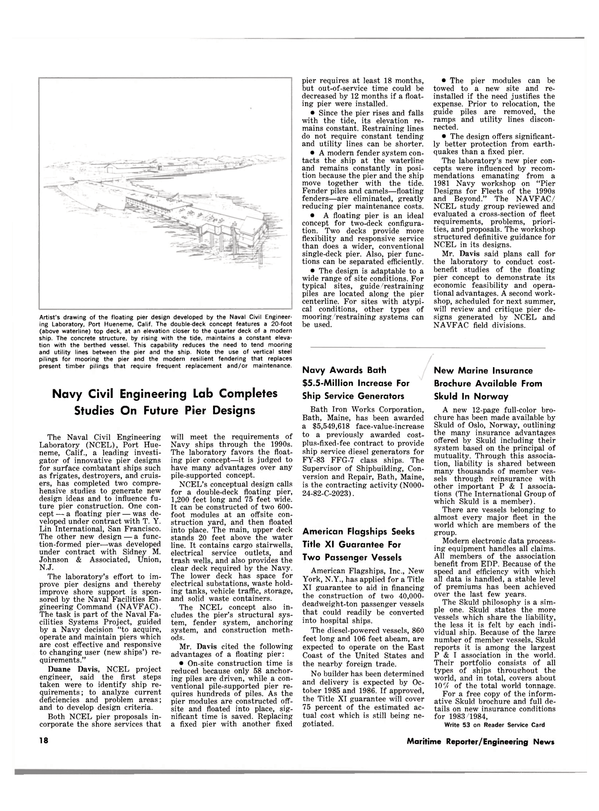