The unit was built for the Noble Drilling Corporation, and was christened by Mrs. Mary Jane Noble, wife of Sam Noble, chairman of the board of Noble Affiliates, Inc.

The Sam Noble is a Levingston Class 111-C rig capable of drilling to 25,000 feet in water depths of up to 300 feet. Sistership of the Ed Holt, which was christened by Levingston a year ago, the Sam Noble is designed with capabilities for duty in international and remote locations.

The unit has crew quarters for 80, with twin galleys and mess halls for native and expatriate crews, a four-man treatment center, as well as recreational facilities.

It features a significant increase in storage capacity — an added 21,000 cubic feet — from the conventional hull design. The added storage will enable the unit to carry a larger complement of spare parts such as motors to reduce downtime from equipment failure in remote areas.

The Sam Noble is one of a series of marine rigs recently put into service by Noble Drilling which features a standardized arrangement of drilling equipment.

Noble Drilling Corporation, one of the premier drilling contractors in the industry, with the addition of the Sam Noble has a fleet of 15 marine and 37 land rigs. The company recently received a unique honor when, for the first time in I.A.D.C. records, it swept the first place Class A safety awards for both land and offshore operations. It is a subsidiary of Noble Affiliates, Inc., which is listed on the New York Stock Exchange.

Levingston Shipbuilding Company is internationally known as one of the pioneers in the construction of offshore drilling rigs.

Since World War II, Levingston has built 171 vessels for the offshore industry, ranging from dynamically positioned drillships, semisubmersibles and jackups to posted drilling barges, tenders, and other large offshore structures. 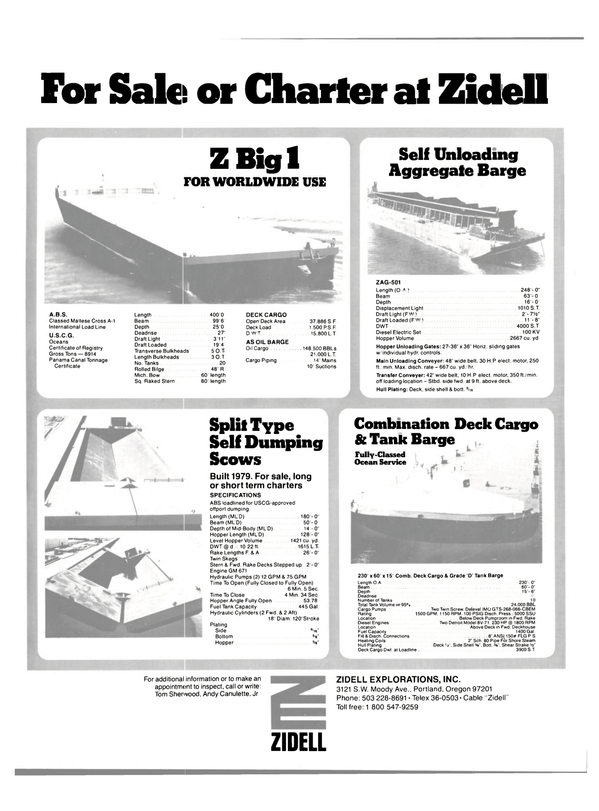