Manson Construction & Engineering Company of Seattle, Wash., is the customer for this unusual work vessel.

The hull is made up of two longitudinal half sections hinged together at the deck. This splithull concept was conceived before the year 1900 and has been used primarily in dump barges. Manson's new dredge, provisionally named Newport, being self-propelled, will be a new departure from their t r a d i t i o n a l l y tugassisted barges.

Through this design, Robert W. Long, Seattle-based naval architect, has provided Manson floatwith a vessel capable of dredging mud and sand to a depth of 65 feet. Hopper capacity is 4,000 cubic yards. The drag arms are operated by two Detroit Diesel 16V149 diesel engines and two additional Detroit 16V149s will propel the dredge at a speed of 10 knots with a light load and 8 knots when loaded.

The propulsion system, featuring two "Z" drive steerable propellers and a bow thruster, is from Maritime Industries Ltd., Vancouver, B.C. The 18-man crew will be comfortably housed in a centrally heated and airconditioned deckhouse.

When the first phase has been completed in March 1983, then construction of the superstructure, wheelhouse, and living quarters will follow, with total completion due in May 1983. 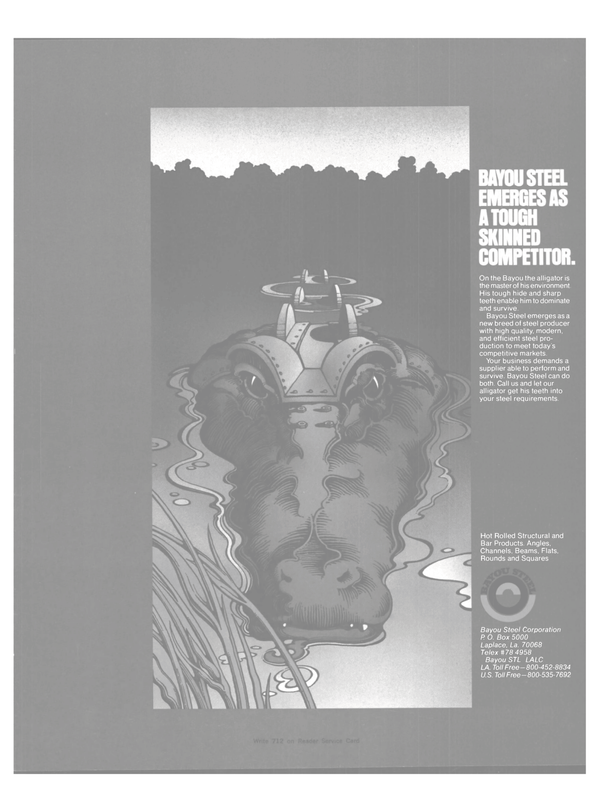