The National Shipping Company of Saudi Arabia (NSCSA) recently dedicated the Saudi Abha and the Saudi Diriyah—reportedly the largest ro/ro's in the world —during christening ceremonies held in Malmo, Sweden. The ro/ ro's are the first two of a $250 million, four-ship order awarded to the Swedish shipyard Kockums AB.

Although both vessels were christened at the same time, the Saudi Abha was delivered ahead of schedule. The remaining vessels including the Saudi Diriyah, will be delivered in 1983.

With an overall length of 251 meters (823 feet 6 inches) and a width of 32.26 meters (105 feet 10!/4 inches), the vessels have the equivalent of 6 kilometers of roads onboard. Designed with a service speed of 19.5 knots, there are thrusters fore and aft to facilitate maneuvering.

The stern ramp has a 400-ton loading capacity, enabling vehicles to load and discharge simultaneously.

The hoistable car decks of either vessel could accommodate 450 American-size cars.

Much of the cargo being imported by Saudi Arabia includes such vehicles, buses, cranes, and earth-moving equipment.

The ro/ro's will join the Saudi Riyadh and Saudi Makkah in the established NSCSA trade route after undergoing sea trials, Dr.

In addition to the increased cargo capacity provided by the new vessels, the expanded fleet will allow NSCSA to increase the frequency of its calls at the ports, shortening the time between sailings from 30 days to approximately 15 days.

The new ships also enable NSCSA to realize its goal of expanding its trade route to include the Far East.

"The Saudi Abha will be operated on one integrated service, connecting our country with the two most important trading nations nations for Saudi Arabia—the Far East and the U.S. East Coast," Dr. Al-Turki said.

Sheikh Mohammad Al-Sugair, chairman of the NSCSA board of stockholders, dedicated the vessels in a ceremony that adhered to traditional Islamic custom, using water from the sacred spring Zam-Zam inside the grand Mosque at Mecca. Joining Sheikh Al-Sugair and Dr. Al-Turki from NSCSA was Mohammad Al-Issa and Jamail Abdul Razaq. Saudi Ambassador to Sweden Muhammad Muhammad Khogair also attended the ceremony, accompanied by the Swedish Minister of Industry Roine Carlsson and Nore Sundberg, permanent Under Secretary for the Swedish Department of Industry. 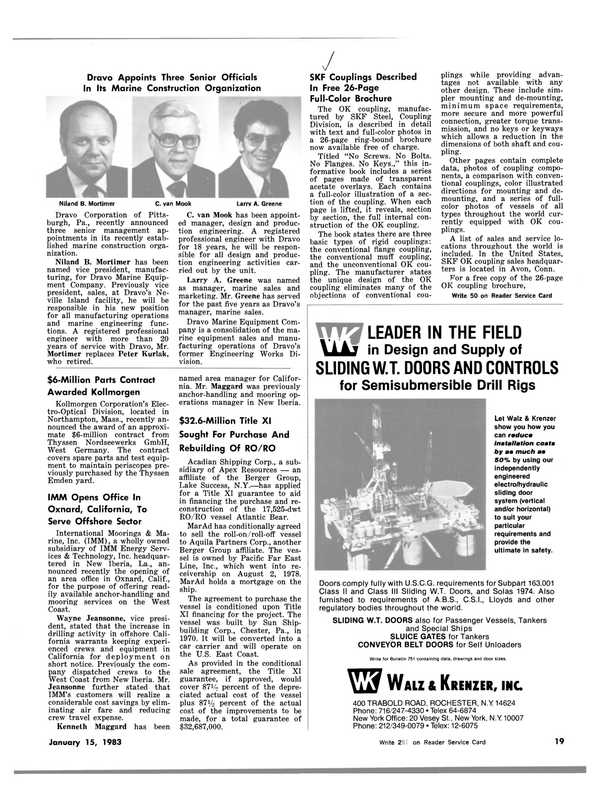