The Navy's Military Sealift Command has awarded a fixed-price contract totaling $30,709,896 to Bay Tankers, Inc., One Chase Manhattan Plaza, New York, N.Y., for the operation and maintenance of four T-AKR Fast Sealift Ships. Two of the ships will be based in Violet, La., one in Bayonne, N.J., and the fourth at an East Coast location still to be determined.

The ships will be maintained in a four-day, ready-for-sea status to respond to military contingencies.

The contract period is for five years beginning August 16, 1985.

Bay Tankers, Inc., was determined to be low offeror following competitive procurement. One hundred and fifty companies were solicited, and seven responded. The Military Sealift Command is the contracting authority.

Eight T-AKR ships comprise the Military Sealift Command's Fast Sealift Ships program, a Navy initiative designed to significantly increase the mobility and potential responsiveness of the U.S. Armed Forces. The 30-knot-plus ships will be berthed at various ports in the United States to provide the capability for fast sealift of military equipment and supplies from the United States to any overseas area of the world.

The conversion design for the 946-foot-long ships gives each of them roll-on, roll-off capability; heavy and medium-lift cargo handling equipment for a self-sustaining capability independent of a developed port facility; an emergency helicopter landing area; and side ports to facilitate rapid loading and unloading operations.

The U.S. Army will be the principal user of the Fast Sealift Ships, but the FSS, as they are called in the Navy, will be equally capable of transporting Marine Corps, Air Force and Navy equipment and supplies when necessary.

Periodic dock and sea trials will be conducted for each ship; and they will take part in major military deployment exercises. Last year MSC awarded a contract to Sea-Land Services, Inc. of Elizabeth, N.J., for the operation and maintenance of the first four of the eight ships.

MSC is responsible for providing the necessary sealift to rapidly deploy military forces overseas and sustain them for as long as operational requirements dictate. The Command also operates auxiliary ships that deliver supplies to Navy combatant ships while underway, oceanographic and survey ships, and tankers and dry cargo ships that deliver Defense Department cargo worldwide. 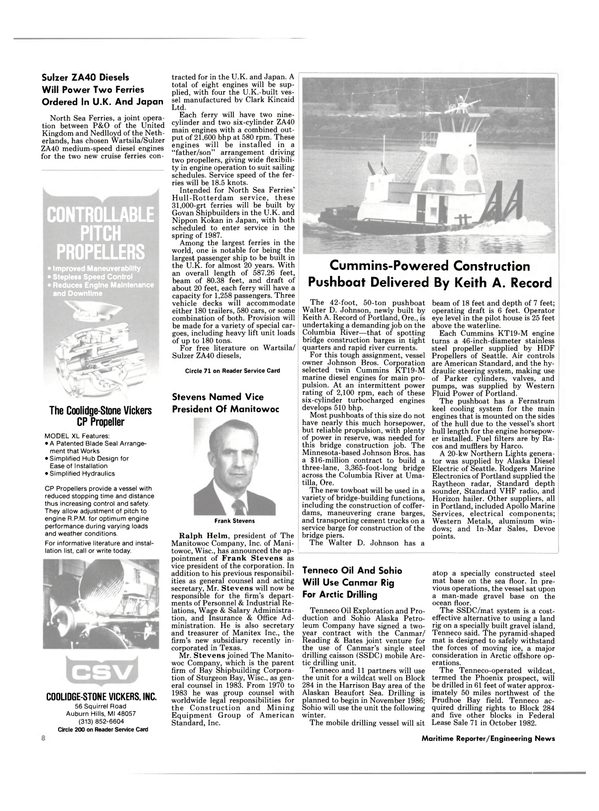