— L i t e r a t u r e A v a i l a b le Trained inspection divers from Pacific Marine Services, Terminal Island, Calif., recently performed an internal tank inspection for the American Bureau of Shipping Close-up Survey for Special Survey #3 for Hull using a helmetmounted video camera and lighting. The new method of inspection, which took place on the M/V Overseas Boston in Long Beach Harbor, Long Beach, Calif., allowed a single diver to perform video and gauging operations simultaneously.

Using purpose-built video and ultrasonic equipment which both recorded and transmitted data to topside personnel, an ABS surveyor was able to witness and approve the inspection. Documentation was done by video taping to record both wall thickness gaugings and close-up visual survey. Data was also recorded by a topside inspection engineer, and tank drawings were used to track the diver through the tanks and record locations of gaugings.

This innovative method of inspection is said to be very cost-effective because the ship's schedule is not interrupted and tank scaffolding or floating during the shipyard period is avoided. 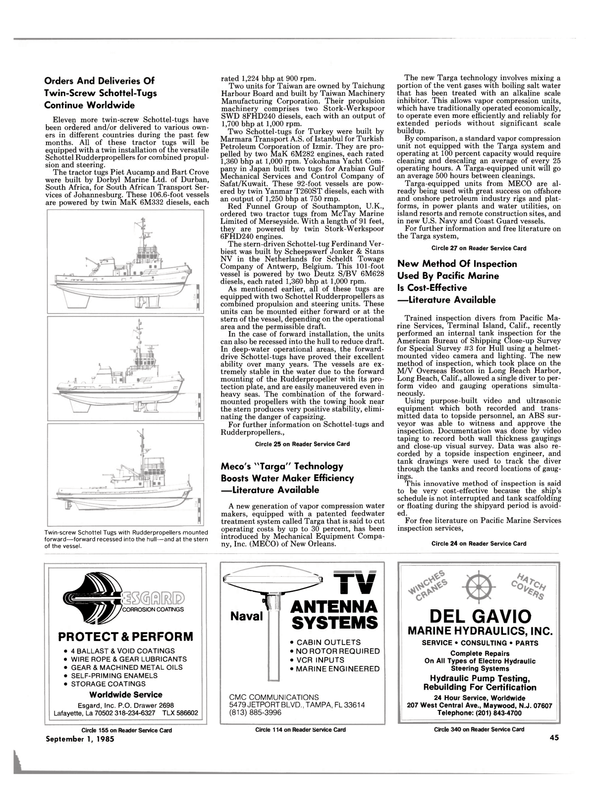