Tenneco Oil And Sohio Will Use Canmar Rig For Arctic Drilling

Tenneco and 11 partners will use the unit for a wildcat well on Block 284 in the Harrison Bay area of the Alaskan Beaufort Sea. Drilling is planned to begin in November 1986; Sohio will use the unit the following winter.

The mobile drilling vessel will sit atop a specially constructed steel mat base on the sea floor. In previous operations, the vessel sat upon a man-made gravel base on the ocean floor.

The SSDC/mat system is a costeffective alternative to using a land rig on a specially built gravel island, Tenneco said. The pyramid-shaped mat is designed to safely withstand the forces of moving ice, a major consideration in Arctic offshore operations.

The Tenneco-operated wildcat, termed the Phoenix prospect, will be drilled in 61 feet of water approximately 50 miles northwest of the Prudhoe Bay field. Tenneco acquired drilling rights to Block 284 and five other blocks in Federal Lease Sale 71 in October 1982. 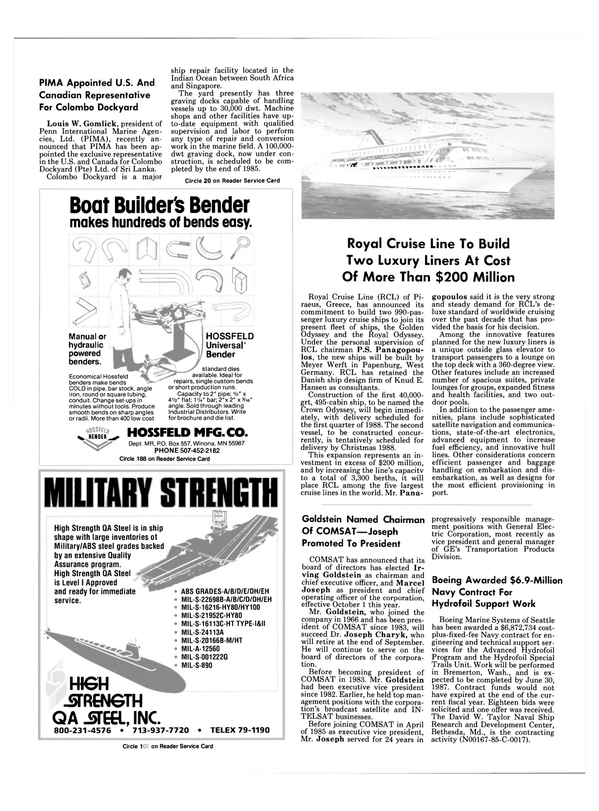 Read Tenneco Oil And Sohio Will Use Canmar Rig For Arctic Drilling in Pdf, Flash or Html5 edition of September 1985 Maritime Reporter