As part of an ongoing effort to strengthen its responsiveness to the offshore industry, Honeywell's Marine Systems Division has announced two new appointments.

John D. Owen has been named systems business manager. He joined the offshore industry in 1970 and has held a variety of program management and engineering positions.

She has been involved with acoustic product marketing at Honeywell since 1975. Products in the acoustics business area include the HydroStar' subsea tracking and relocation system, the new RigStar rig positioning and riser angle monitoring system, and a new line of acoustic beacons. 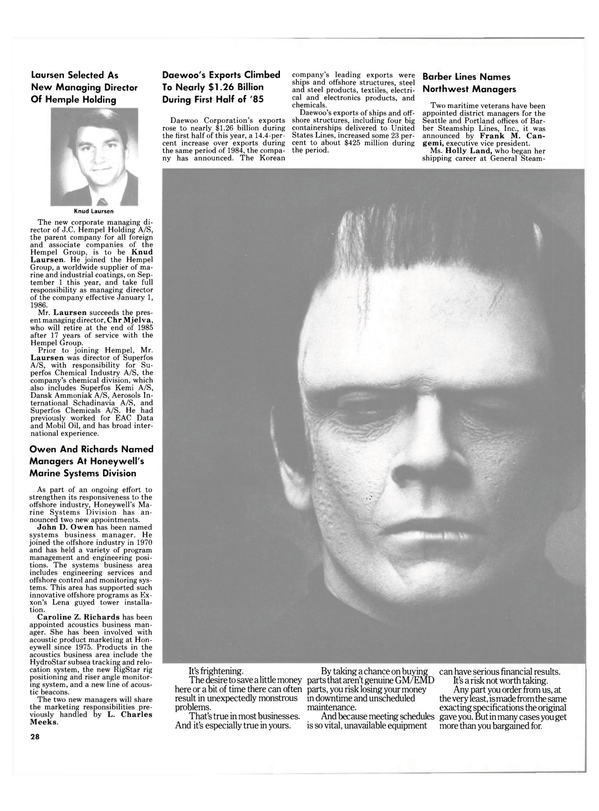