— L i t e r a t u r e A v a i l a b le Sales of cold-water survival suits by Imperial Manufacturing Company of Bremerton, Wash., approach 100,000 this year, according to production manager Jim Skelly. A big boost in sales for the company, which has been producing survival suits for 15 years, came last summer when new U.S. Coast Guard requirements became effective. Interest of the marine community in improving p r o t e c t i o n against drowning and hypothermia—death from loss of body heat—continues to increase both in the U.S. and abroad.

In a four-month period last summer, Imperial sold 8,500 survival suits, nearly its total sales volume in some years. According to Mr.

Skelly, Imperial supplies 75 percent of the U.S. market for survival suits, with the remaining production split among a handful of companies.

For details and free literature on these suits, Circle 68 on Reader Service Card 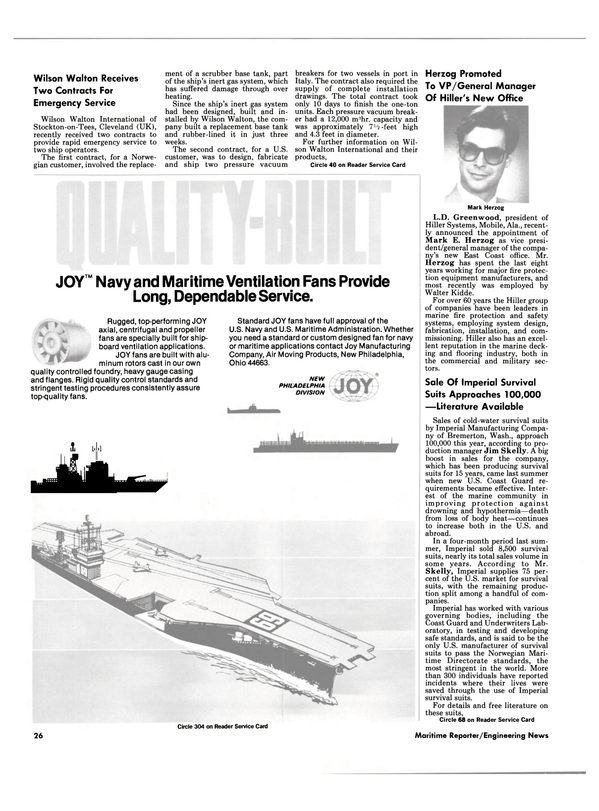