Marinette Marine Corporation in Marinette, Wise., recently laid the keel for the first of 13 Yard Patrol (YP) craft in advance of construction schedule. Contracted by the U.S. Navy, the vessels will be delivered to the Naval Academy at Annapolis, Md., and will be used for instruction of midshipmen in seamanship, navigation, and marine engineering disciplines. The YP craft are wood hull construction with an aluminum superstructure.

Marinette Marine was awarded the contract for six YP craft by the Naval Sea Systems Command in August 1984; a contract modification for seven additional vessels was awarded in December the same year. The contract also contains an option for construction of up to eight additional craft, subject to approval of program funding for Fiscal Year 1986. Delivery of the first YP is scheduled for August 1986, with the remaining vessels delivered one per month beginning in October that year.

The Wisconsin shipyard is a company of marine design engineers and shipbuilders specializing in the design and construction of defenserelated marine vessels and hightechnology commercial craft. 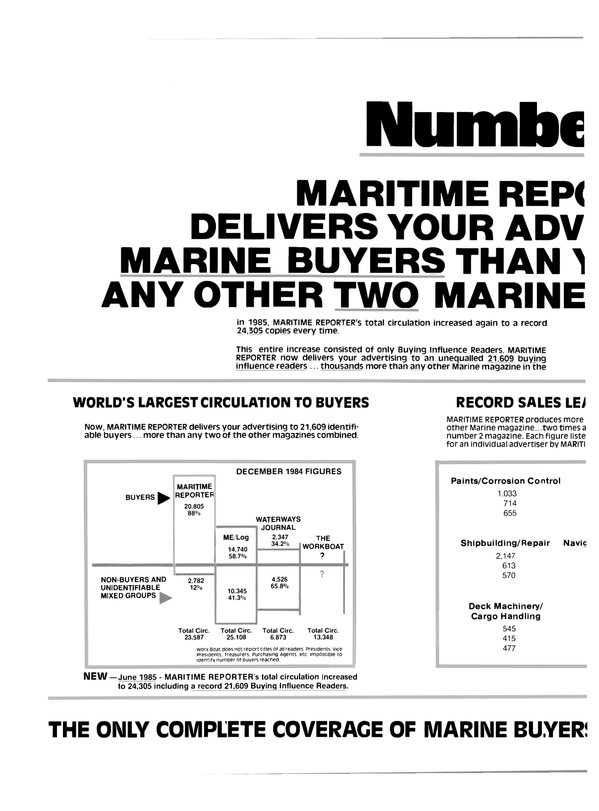