The Los Angeles Division of Todd Shipyards Corporation has been awarded a $33-million fixed-price contract by Matson Navigation Company, San Francisco, Calif., to convert and expand the RO/RO trailership Matsonia into a combination lift-on/lift-off container and RO/RO trailer carrier.

According to Todd chairman J.T.

Gilbride, it is the first major ship conversion job contracted by Matson on the West Coast since 1961.

Engineering work has already commenced at the yard in anticipation of the Matsonia's arrival in Los Angeles in March. The conversion will get underway in June, and the vessel will be delivered in March 1987.

The conversion will triple the vessel's present cargo capacity, enabling it to carry 1,256 containers (TEU), plus 55 forty-foot trailers and 422 automobiles. Her tanks will carry 3,900 long tons of molasses.

The mid-body section will be constructed on one of the Los Angeles Division's two shipways, while the vessel will be cut on the Shiplift and Land Level Transfer (Syncrolift) facility.

Upon completion of these operations, the vessel will be reassembled on the Syncrolift and launched.

Approximately 350 employees will be added to the workforce to per- Circle 158 on Reader Service Card form the conversion. 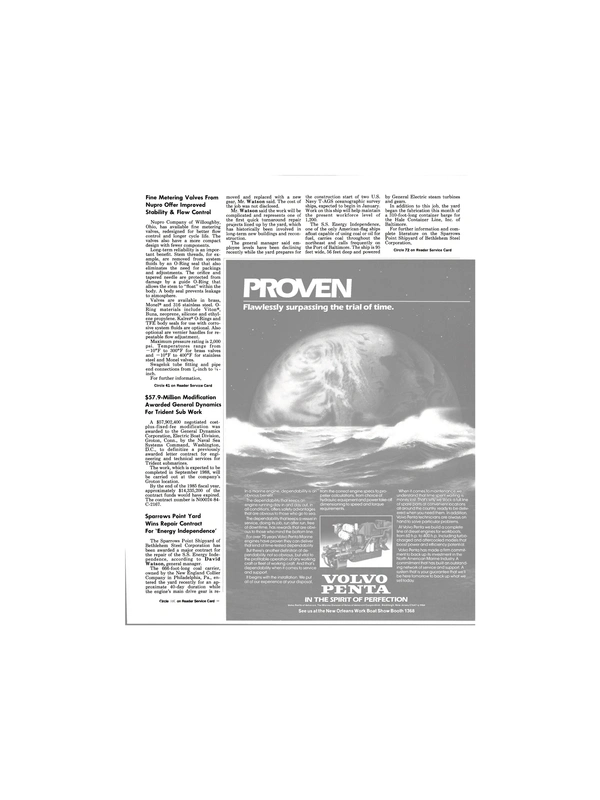