— N e w Literature Offered The first U.S.-built twin-screw Towmaster® Rudder System has been placed in service on the new tug Esperanza, commissioned re- cently for service in the Panama Canal.

The Towmaster Rudder System, now built in the U.S. by the Michigan Wheel Corporation of Grand Rapids, Mich., under license from Burness, Corlett & Partners, Ltd., permits a vessel to make a 180° turn in less than half the space required by a similar vessel fitted with conventional propeller and rudder.

The Towmaster Systems is designed for a ducted propeller and involves the use of triple rudders, and permits increased thrust as well as maneuverability.

Michigan Wheel has exclusive domestic rights to manufacture and sell the new system, which has been installed on numerous foreign-built vessels since the British marine engineering firm introduced it.

The Esperanza was built by Houma Fabricators Inc., Houma, La. 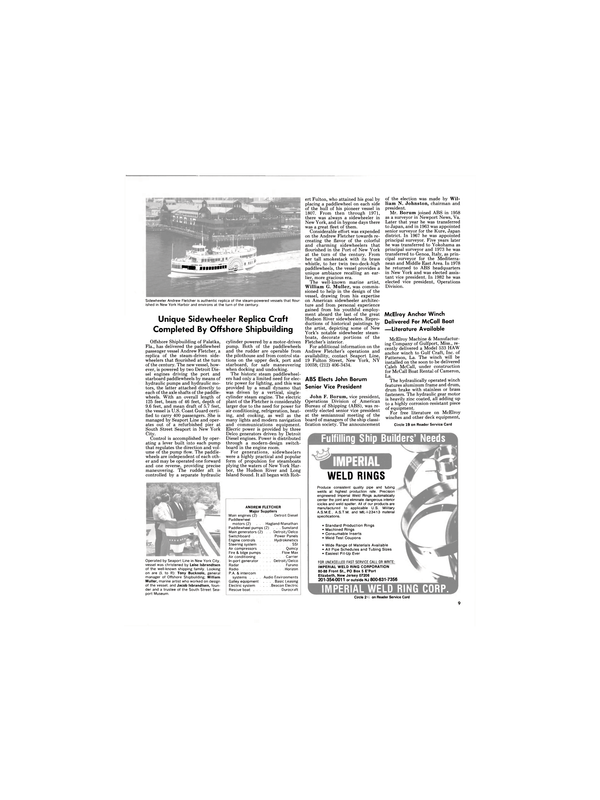