Byron A. Lirette has been named sales manager for Elliott White Gill thrusters and will be responsible for all White Gill sales outside of Europe and the United Kingdom. Previously a field engineer for Thruster Systems, covering the Gulf Coast, he will make the Elliott office in the New Orleans area the sales headquarters for thrusters.

A native of Louisiana, Mr. Lirette holds a B.S. in petroleum engineering from Nicholls State University. Prior to joining Elliott he was with Union Carbine at Taft, La. In his 11 years with the Elliott Company, he has held positions in technical sales and engineering.

Elliott Company, a subsidiary of United Technologies, Inc., is a manufacturer of turbomachinery, tools, pumps, and thrusters. Its Tool and Pump Division manufactures thrusters at its Dayton, Ohio, facility.

Elliott also manufactures White Gill thrusters at its U.K. facility on the Isle of Wight.

Effective the first of this month, sales headquarters for White Gill thrusters will move to the Elliott office in Harahan, La. The address is: Elliott Company, 5901 Jefferson Highway, Harahan, La. 70123, phone (504) 733-2108. 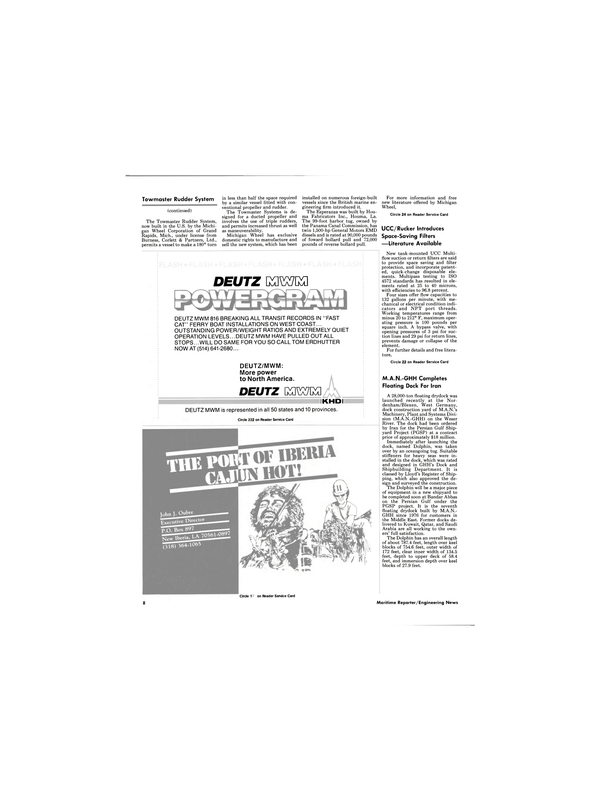