Todd Shipyards Corporation reported recently that the U.S. Navy had exercised options amounting to $21.6 million authorizing Todd's Galveston Division to proceed with the modification of the S/S Great Republic, the second of two C5-6- 78A Seabridge Class roll-on/roll-off (RO/RO) container cargo type vessels into Aviation Logistic Support Ships. The ships have an overall length of 602 feet and a beam of 90 feet.

The S/S Great Republic is scheduled to arrive in Galveston by tow from the James River Reserve Fleet in Virginia after Christmas but prefabrication work will start immediately on the major steel additions to the vessel. The action will return 100-200 tradesmen to work and will later provide jobs for 400 to 500 skilled personnel. Completion of the total conversion package is scheduled for late summer 1986.

The first vessel, the USNS Wright, is expected to be delivered by Todd Galveston to the Navy during March of 1986. 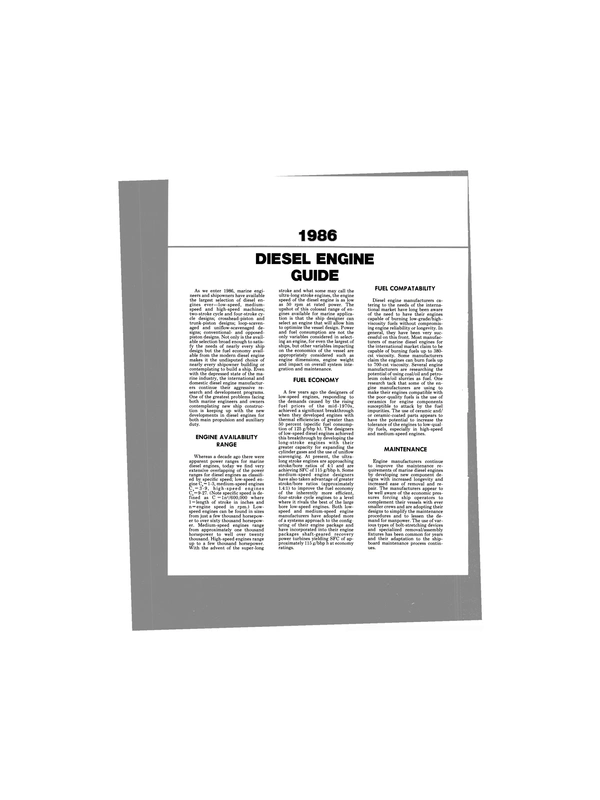